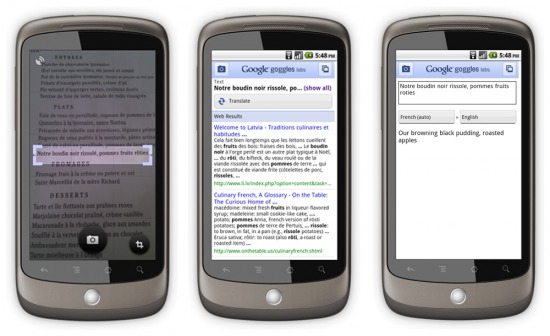 The best part about this update is it’s available for 1.6 and up phones. I know there are a few of you still stuck on 1.5 but this does reach more users then some of the newer apps that are only compatible with 2.0 and up devices. With that being said, it’s good to see that Google is making a concerned effort to make their Android apps as good as possible. They are even keeping their mobile sites updated for Android devices.

Goggles have been one of the most popular and fun apps available for Android since it were released. It’s now gotten a whole lot better. Goggles can read English, French, Italian, German and Spanish and can translate too many more languages. This update also improves barcode recognition, it now recognizes more products and logos, has an improved user interface and it can now use photos in your gallery to perform a visual search. 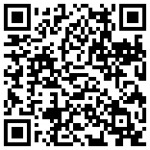