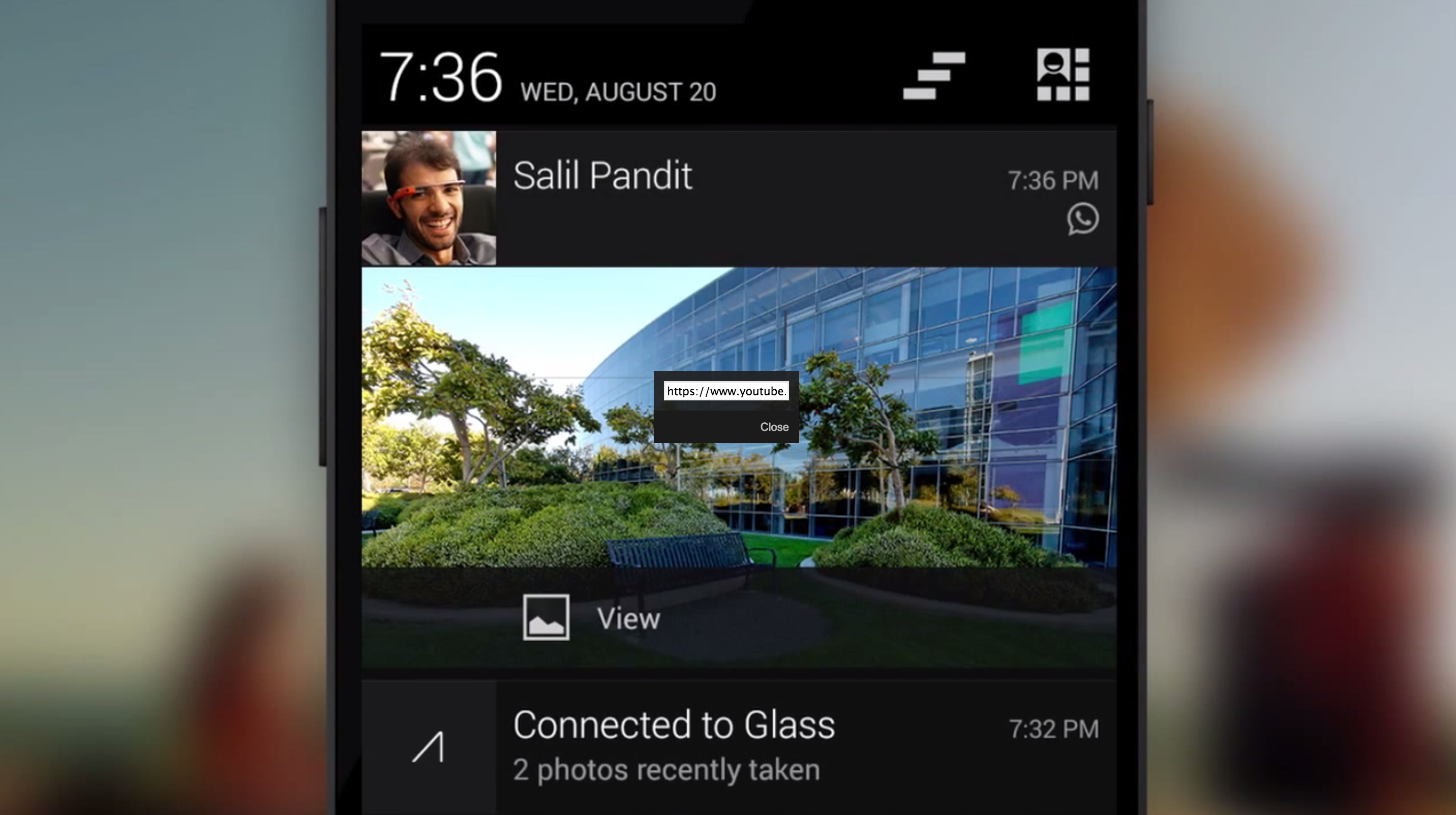 For the hundreds (or maybe now thousands?) of owners of the Google Glass, the new update that will be unrolled this week has been a long time coming. Google announced that finally, notifications from the Android smartphone connected to the wearable will now be mirrored to your eyeballs, or rather, the Glass in front of your eyeballs.

This has been previously available but only for apps that were compatible with Google Glass, like Gmail and Hangouts, but now, it is applicable for all apps on your Android device. Through the MyGlass app, Google Glass users will now be able to see whether someone commented on their latest Facebook post or if their loved one has sent a video message through LINE. The Notification Sync on Glass is something that Android Wear users have been enjoying for some time now. And now, you don’t have to take out your phone to view your very busy digital social life as it will flash before your very eyes.

Setting it up on your Google Glass is fairly easy (well, at least based on the 30-second video tutorial they posted). Just update to the latest version of the MyGlass app (which is version 3.3.0), choose Turn on in the Notification sync part, choose turn on notifications and just choose the ok button when asked to enable MyGlass on your smartphone. It will then show on your phone that you are now connected to Glass.

The update to MyGlass will be coming this Wednesday, so be patient a little bit more. Google also promised that the update to the Glass itself, version 22.0 will also be coming soon, and it will be adding alternate navigation routes among other things.