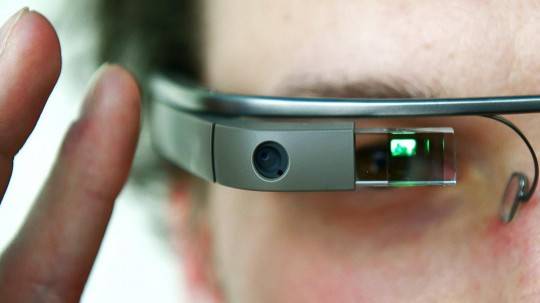 As Google Glass tries to wedge itself firmly into our daily lives — and we look for a reason to have it there — news of a California woman receiving a ticket while driving with the headset is less than favorable. Cecilia Abadie was ticketed for going 80mph in a 65mph zone, which can’t quite be argued. What is debatable is that she was also cited for wearing Google Glass.

The ticket, which can be seen below, states she had a “monitor visible to driver (Google Glass)”, falls right in line with California law, particularly statute V C section 27602 Television. That states, in part:

While that can easily be taken to mean Google Glass, there is one more wrinkle to this. Provisions in the statute allow for vehicle information displays, global positioning displays (GPS, like a Garmin), mapping displays, or a “visual display used to enhance or supplement the driver’s view forward, behind, or to the sides of a motor vehicle for the purpose of maneuvering the vehicle.” Glass is definitely a screen, but the provisions seem to indicate that you can use such a screen for the purpose of aiding in your drive.

Seems all taken care of, right? Wrong. Another section in the statute notes that the screen must be “designed, operated, and configured” so that the driver cannot see any TV or video broadcast. This gets back to intended use, and could be the damning part of the statute. It could also be the saving grace for Cecilia. 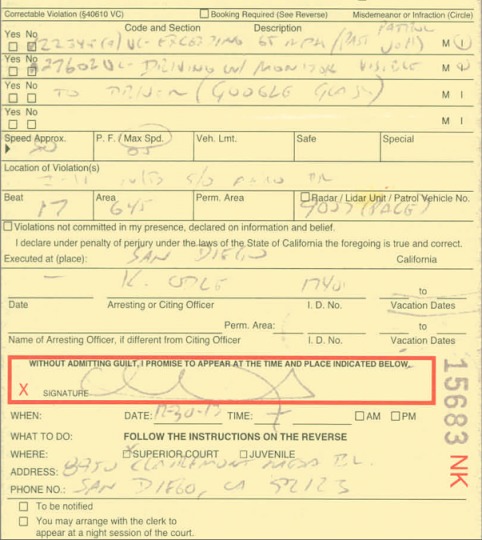 Abadie says she informed the officer that the display was not on while she was driving, and he continued to insist it was obstructing her field of vision. That’s also debatable; Glass may be noticeable, but it hardly obstructs your vision. Strong arguments can be made either way in this case, but it seems to come down to one thing: intent. Abadie will fight this, we’re sure. If it comes down to blocked or obstructed vision, we could end up with another “OJ tries on the glove” moment in a California court room. We’re sure that once a Judge sees her with Glass on, he or she will see it doesn’t affect the ability to (safely) drive a car at all. The speeding, though… that’s all you, Cecilia.