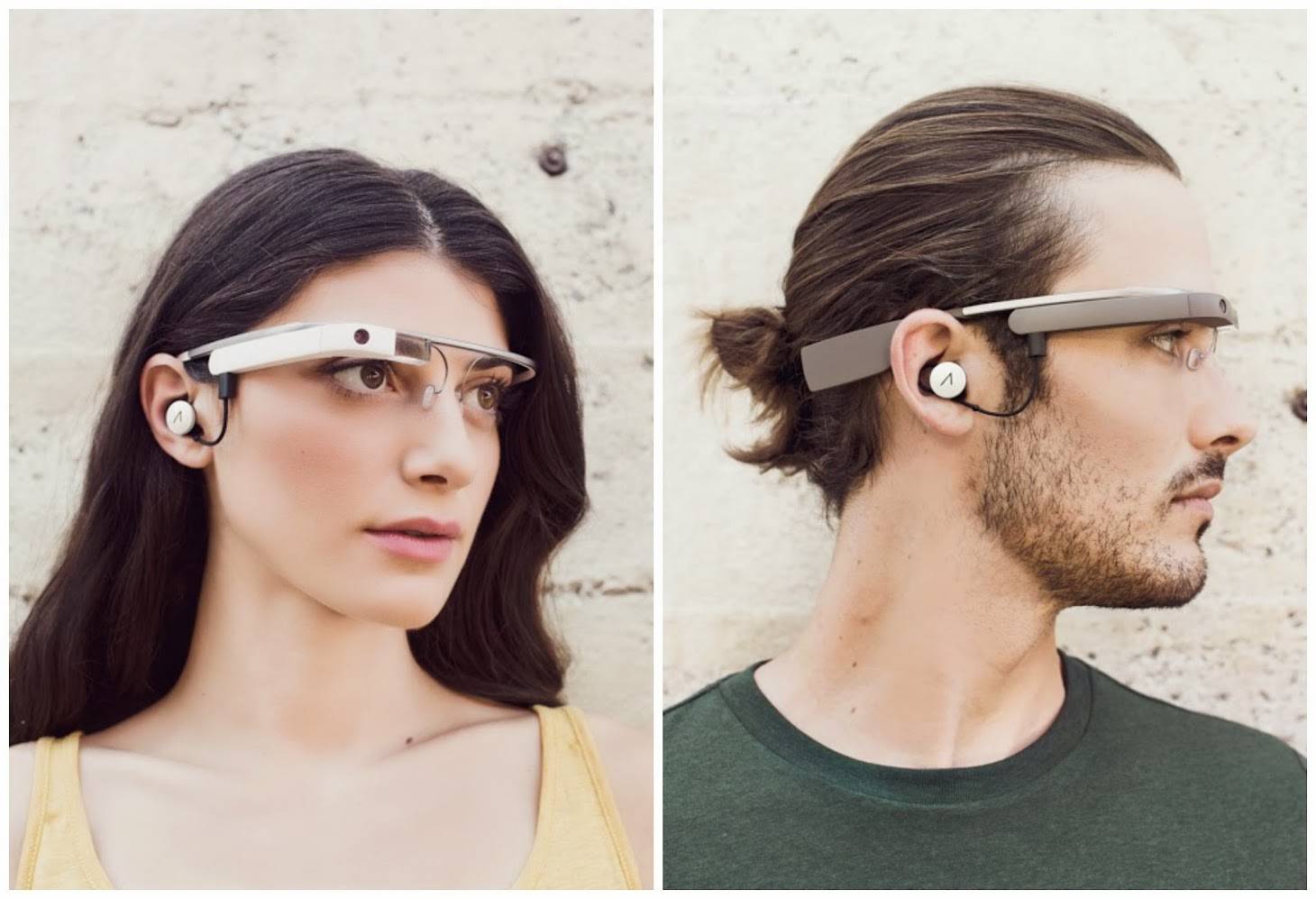 Those interested in getting in on Glass now have a better idea as to what they may be getting. Via their Google+ page, the Glass team has released a few pictures showing off the newest headset hardware. It looks a touch bigger, and of course has the earbud we knew was coming.

Google announced that in gearing up for a wider release, they’d make new hardware available. Based on feedback from Glass explorers, Google changed the makeup a little bit. This model is also usable with prescription frames, though exactly how isn’t yet clear. We’re not sure if they’ll fit over the frames, or if the essential hardware can somehow be worked into standard frames.

As for the aesthetics, we’ve got to say it looks a little bulkier than before. The earbud is probably welcome for those who don’t want whatever their listening to broadcast to a small field (yes, it’s audible from a few feet away), but it’s big… and not at all attractive. Useful, we’re sure, but considering the design we’re used to from Glass, it falls a bit short.

The earbud is a great option for calls, as some have complained about the bone conducting hardware not being very clear. We like that Google has taken steps to improve the hardware, but we were hoping for something a bit more svelte. Unlike the original, this one is a bit daunting to wear daily.