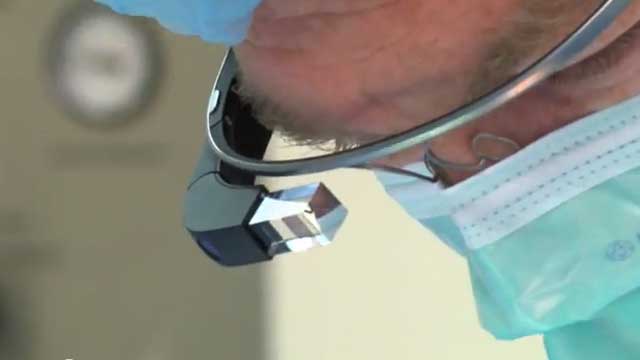 Google Glass looks to have once again gone inside the operating room. We first saw Glass being used during a procedure back in June when it was used during a PEG (Percutaneous Endoscopic Gastrostomy) procedure. That one was described as being “simple  and commonly performed.” This latest is from Dr. Christopher Kaeding who used Glass during an ACL surgery procedure.

Seems like using Google Glass in this manner could make for a good learning experience. In fact, Ryan Blackwell, one of the students that watched spoke about how having this opportunity as a medical student is “really exciting.” While Kaeding was wearing Glass during the entire procedure, it seems it didn’t both him at all.

More to that point, he spoke about how once they got into the procedure he “often forgot the device was there.” Of course,while he was able to put Glass to the side and not have it get in the way, there is another potential use during cases like this.

Moving forward Google Glass could be used to help doctors collaborate with colleagues during a procedure and also be used to pull up other important items such as x-ray images or other reports dealing with the patients history.