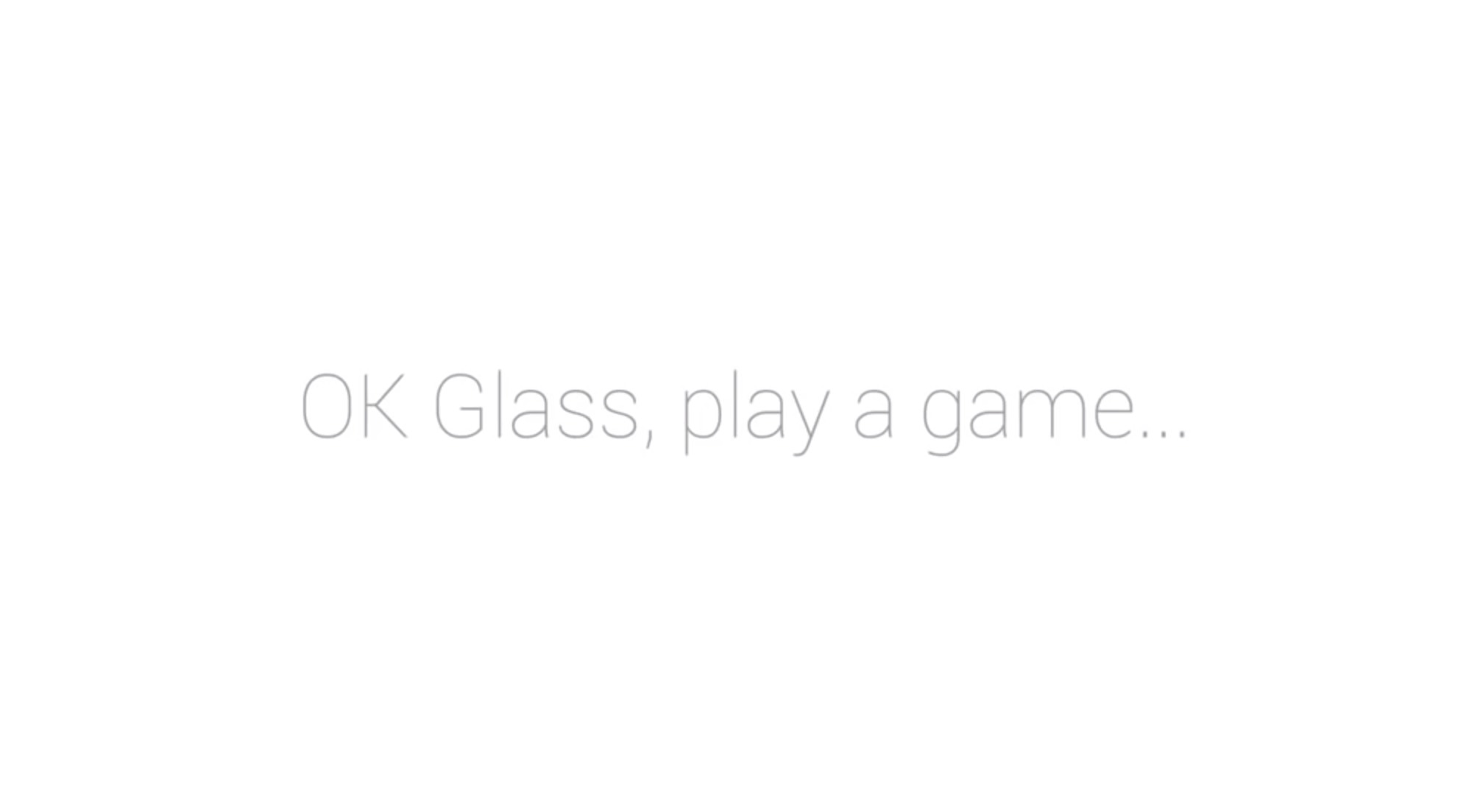 Google Glass owners are getting their own time wasters! No, not Twitter or other social apps that suck you deep into the time vortex, we’re talking games. The newest MyGlass Glassware update brought with it a few games. Though nothing too in depth, the games are set to showcase just what game designers can do with Glass, and how the hardware can be used to offer a fresh take on seemingly old classics.

Using voice actions, head movements, the accelerometer and gyroscope, the games show off the first steps toward what could be a new era in alternative reality gaming. The games will also recognize hand movements, adding another wrinkle to our gameplay, as well as another consideration for Developers. Though meant specifically as subtle time waster games, Google has done what they always do in giving Developers a stepping stone to greater things.

For some, this will highlight the crudeness of Glass. Though simple, the games really need to be. Craning your vision upward and to the right for long periods of time is uncomfortable. The games are also pretty raw, which speak more to Google’s aim at encouraging development than any hardware limitations.

Via their new Mini Games page in the Glass Developer portal, Google said “we hacked together five simple games that experiment with the unique features of Glass and demonstrate some of the possibilities for gaming”. Though we clamor for Glass to hit retail, these games serve as an important reminder that Glass is still in its infancy. A necessary step in the evolution of Glass, these little time wasters remind us of a time when Snake was the coolest game you could play on a cell phone. Now we play games that approach PC quality, all in a few short years.
VIA: Mobile Syrup