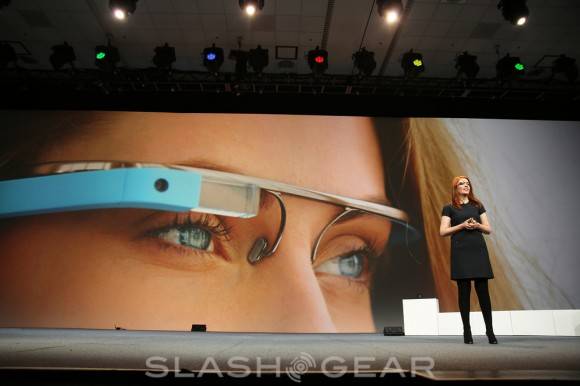 Today we’re learning a little bit more details on the upcoming wearable technology Google Glass. The good guys over at Google are apparently set to start the first production manufacturing right here in the United States of America in the next few weeks. Not only that, but they’ll be built close to home right in California.

While this isn’t necessarily major news with everything being built in China these days, especially electronics, it was nice to hear Google keeping Americans at work. According to a report from the Financial Times, Google has chosen a location and company in Santa Clara, California right in the heart of Silicon Valley. Just don’t lose a pair in a bar now guys.

Several sources have confirmed they’ve partnered with Foxconn to assemble the futuristic glasses, and that will all be going down in California. Obviously things being built here in the US of A don’t really help lower the cost, but should be a welcomed thing to hear for many workers in Silicon Valley. It’s said a few thousand pairs will roll off the new assembly lines in the next few weeks too.

Google’s recently started inviting more users to their Explorer program, and we have a feeling the next month we’ll be getting an overdose on Google Glass just in time for the full unveiling at Google I/O in May. Hopefully the California manufacturing doesn’t drive up the cost, because we have a feeling they’ll already cost a pretty penny as they are. Stay tuned and start saving those dollars. You’re going to need every last one if you want a pair.