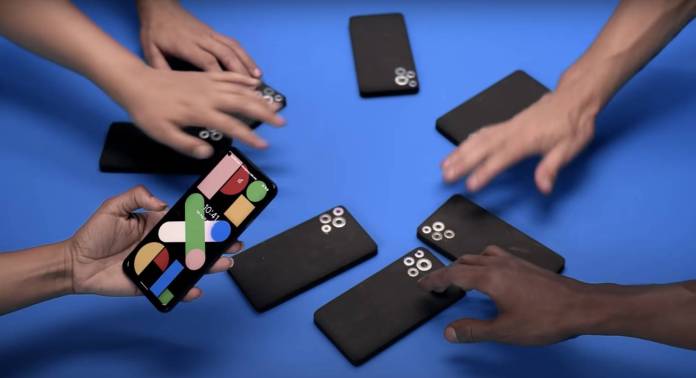 If you’re still on the fence about switching from your current Android smartphone (or iPhone for that matter) to a Made by Google Pixel device, they’re giving you 113 reasons to do so. The latest marketing video from Google really does give you a hundred and thirteen reasons to do so. The video is a mixture of actual features that you can enjoy on a Pixel phone and also some silly, random reasons including some potshots at other Android OEMs.

The video is called “Why You Should Switch to Pixel – 113 Reasons” and for 9 minutes gives you all the features that should get you excited about owning a Pixel device. While the Pixel 6 and PIxel 6 Pro are ready to start shipping, the video is actually not specifically about them but Pixel phones in general. In fact, it’s the Pixel 5a that is shown in detail in this video. And the device shown in the video is running on Android 11 although there is a tease for the Android 12 at the end.

In typical Google fashion, this seems to be another “tongue in cheek” kind of video, with things like “there’s an x in pixel” or someone might give you a pickle because Pixel sounds like it, or you can use two devices as weights or it can fix wobbly chairs. But they do highlight some special features like its camera (if you know, you know, they say), live caption, car crash detection, ultra-wide photos, and Google Lens exclusive features.

They also manage to take a few shots at some of their Android competitors. They stick to their expertise in search engines and maps, rather than creating washing machines. And if you know which OEMs have washing machines, then you know which they’re referring to. There’s also a request at the end to switch to Google Pixel since it’s the “best phone to switch to when the maker of your old phone stops making phones”. Of course they’re not-so-subtly referring to LG.

They did give a hint that Android 12 is coming as a “new software is about to drop” and mused on whether to remake the video with all the new features. Let’s see if these 113 reasons are enough to convince users to get a Pixel and ditch their current Android or iPhone.