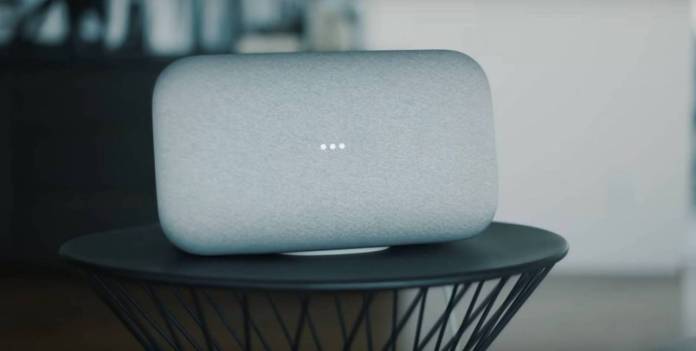 For people who have a hard time sleeping at night, the white noise that emanates from their Google Assistant-powered Smart Displays and speakers is heaven-sent. When you say, “Hey Google, play white noise”, there’s an automatic sound that loops for 12 hours. But it looks like Google may have changed this default sound to something a bit quieter and users are not very happy about it. There are of course other ambient noises you can choose from but it’s still annoying for some that the white noise has changed.

9 to 5 Google says that there are almost 100 complaints about the new white noise triggered by Google Assistant on the Google Nest Community and Reddit. Basically, the annoying thing about the white noise is that it’s quieter and maybe even muffled. There are also those who noticed that it now loops every 10 minutes instead of the previous one hour. The ambient sounds can play for 12 hours if you don’t use a sleep timer but the fact that it loops every 10 minutes may cause disruption for someone’s imminent sleep.

There’s a user who found a workaround to this and uploaded the original version to Google Drive. If users want to, they can upload the file to their YouTube Music account and just cast it to the smart display or speaker. But of course it would have been easier if it was just available there to let Google Assistant play it when you’re getting ready for bed. The fact that it’s possible but there are a few extra steps and it’s not really “official” still doesn’t hold well for some.

There are of course 13 other ambient noises that you can ask Google Assistant to play for you and that includes relaxing sounds, nature sounds, water sounds, babbling brook sounds, fireplaces sounds, ocean sounds, etc. Whatever it takes to help you get to sleep at night, there may be one that’s available there. Some say that the river sounds option is the closest to the original white noise sound that was available so there’s that option too.

In the bigger scheme of things, this change to the white noise sound is not a very big deal. But of course, things that were previously convenient and simple for people is always a source of annoyance when there’s an unexpected change. We probably can’t expect Google to respond to these complaints so you’ll have to find some other ambient noise if you’re not happy with the white noise.