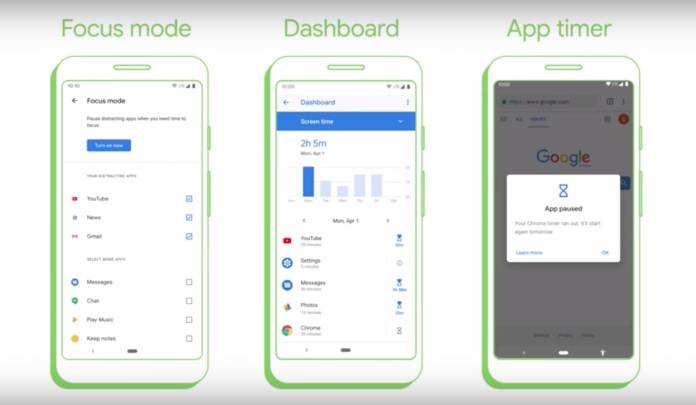 It was at last year’s Google I/O conference that the company revealed its Digital Wellbeing initiatives across all its products. This year’s developer’s conference not only gave an update as to what the effect has been on Android users but Google also shared the improvements that they’re bringing to new and existing tools and features that they’re bringing to Android devices and Google products. A lot of these new features will be included when Android Q starts rolling out later this year.

Some of the more useful tools that they introduced previously are also getting some improvements this year. The app timers, which lets you set a specific period when you can use specific apps, will have more visibility this time around. It will also be expanded to Chrome on Android so you can set time limits on specific websites. The Wind Down feature, which lets you set a bedtime for yourself and your phone will gradually turn to grayscale as you approach that time, can now be scheduled by day of the week.

One of the new things to expect is what they call Gentle notifications. You’ll still receive notifications but they won’t make any alert, vibrate, or even appear on your lock screen. But they’re still there on your notification tray in case you want to browse through them. You will also get Focus mode which will allow you to pause apps that you consider a distraction at work or when you have deadlines you need to finish. You can also now set screen time goals and Google will send you nudges to keep you on track.

Family Link, Google’s tool for parents to monitor and understand their kids’ digital lives, will also have new features like app-specific time limits and giving your kids extra screen time as a reward, right from your own device. Parents can also visit wellbeing.google.com to see tips and advice and also a conversation guide to help them deal with their children’s digital use.

Hopefully, Digital Wellbeing will be available for other territories and devices as currently, its reach is pretty limited. These are pretty useful tools that more people should be able to use.