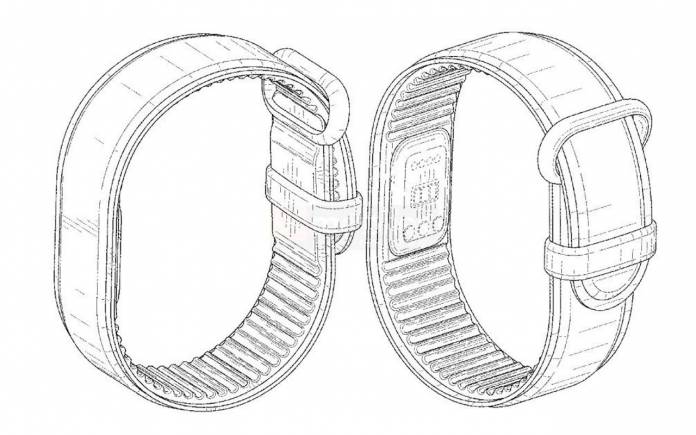 Google is set to introduce a new fitness band. There is no official announcement yet but the wearable device is said to have already received its USPTO certification. This means an impending market launch or arrival in the coming weeks or days. This is almost in the bag as Google is in the process of officially acquiring Fitbit. The first Google wearable device could be this “wristband for tracking fitness”. Some patent images have surfaced as well so we have a pretty good idea.

The Google fitness band’s patent presents a wearable device that doesn’t have a screen. It will probably remind you of a slap-on watch from the 90’s. It will still be able to monitor health activities.

We’re just not sure how the health and fitness data can be viewed since there is no display. We’re guessing there is some kind of Bluetooth or wireless support so data will be synced from the wearable to a smartphone or computer.

This Google fitness tracker looks sleek and seamless. The strap has ridges at the back (inside). We’re thinking those ridges are needed to hold on to the wearer’s wrist. They may also be used to house the sensors for health tracking. We can look forward to sleep monitoring, pedometer, and a heart rate sensor.

The fitness band may also be used for wrist and hand gestures. It will be an interesting tech because it somehow brings wireless connection to the next level. Even without a display, the tracker can be used to send out commands or complete tasks.