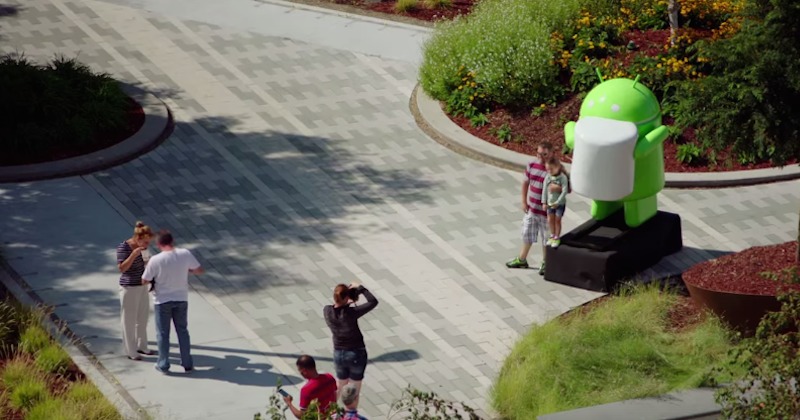 The secret is out. The next dessert Google is serving the Android community is Marshmallow. It’s not really a dessert but more like a confectionary or special candy (then again Lollipop is a candy). It’s not something that will make you satisfied, just good enough to fill your empty stomachs something until your meal is ready. Aside from Muffin, I was betting on this one but then Milkshake sounded better. Oh well, Google already made a decision and this year’s Android statue was unveiled earlier today.

Were you thinking of the Marshmallow? The Android team has “closely kept the name secret” calling the next mobile platform version “Android M” just like last year when they called the Lollipop “Android L” before the official launch. And oh, it’s not dessert–just a tasty treat. 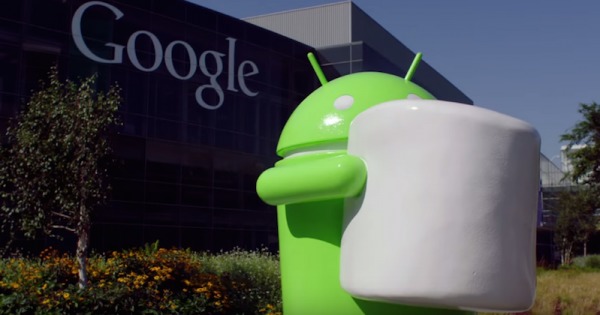 And so the latest Android lawn statue was unveiled. Designed by New Jersey based custom foam sculpture and props maker Themendous, the giant Android Marshmallow was shipped from across the country to Googleplex, Mountain View, California. As an annual tradition, the latest addition to the numerous statues now sprawled on the lawn has been shown off to the public. It’s not really on the grass but on the brick road at 1981 Landings Drive.

Watch the grand reveal below:

And if you want to know how Google decided on the Marshmallow, how the developers have tried to keep it secret, and how the lawn statue was created, watch Nat and Lo’s latest episode: