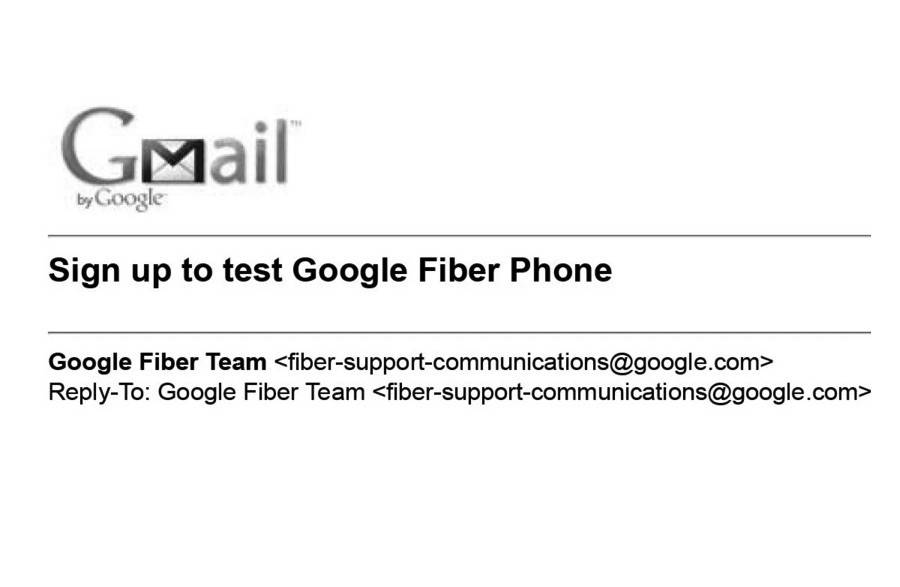 Google Fiber has yet to expand to most parts of the United States but the company is believed to launch a new service. We’re interested about this new telephone service that high-speed Internet subscribers are eligible to avail. Invitations for testing have been sent out already although we’re still expecting for the official announcement by the tech Internet giant soon.

Google Fiber Phone will let current subscribers link several phone services including landline and mobile to one phone number. This Fiber Phone will also feature automatic call screening and voicemail transcriptions as just some of the many features of Google Voice. The two are very similar actually.

The Google Fiber team didn’t just select random subscribers. Invitations were sent out to people who earlier opted to try changes or new features added to the service. Google calls this the Trusted Tester program. It’s not really clear if Google will roll out the new service officially but it’s interesting to note that it’s considering to offer a traditional service such as landline.

Maybe it won’t be as a sole traditional landline but probably integrated with the Project Fi, Internet, Google Voice, and hopefully even TV services. We’ll never know until Google makes an announcement.

Google Fiber is expected to be more advanced compared to the companies who have started before Google but it has yet to be available in more cities. We’re hoping that with this added feature, the service will expand further in the country.

The Google Fiber Team requested the invitation be kept confidential but apparently, the secret is already out. Oops.