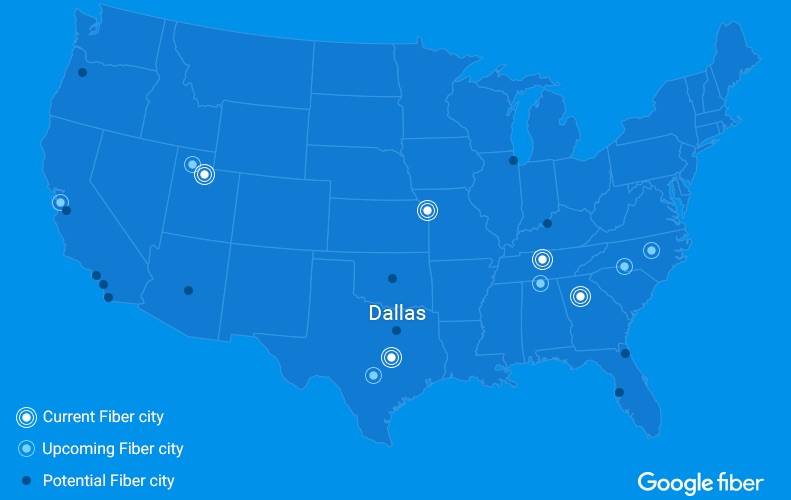 Who would not want to have extremely fast Internet? In fact, that is probably on the digital wishlist of most people. Google Fiber is a $70 per month service that is pretty expensive but also brings “crazy” Internet speeds. If you live in Austin, Texas, then you know what we mean. And if you live in San Antonio, Texas, then you’re almost at that point. But now Google is considering adding a third Texas city to their list of areas that will have speed boosts.

It’s not an instant decision that can be made though. Google has a 16 page checklist that outlines the whole process and shows what are the things that have to be considered in order for this plan to push through. This includes learning about the local topography, studying existing infrastructure and whether they will interfere with the service, and other factors that can have an impact when building the infrastructure. They are working closely with the government of course to ensure that this project will push through.

Just how beneficial will it be to have Google Fiber in the area? Well, for one thing, Dallas is being built up as a budding tech sector in the Lone Star state. So in order for the businesses to thrive and be more productive, having super fast Internet is crucial. Files can be downloaded in a matter of seconds rather than minutes and companies will have a better way of communicating with customers and partners.

Currently, Google Fiber is running in Austin so you can check with residents there how fast their Internet is. That is, if they have subscribed to the $70 a month service. San Antonio is almost ready to have it as well. So hopefully, things will go smoothly for Dallas.