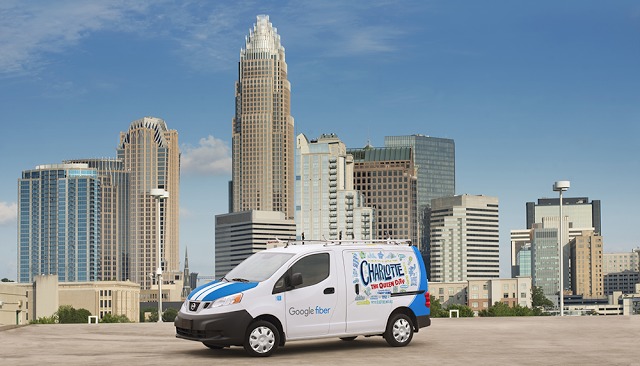 Another city in the United States will get to enjoy the ultra fast Internet connection offered by Google. Business owners and residents of Charlotte will be glad to know that they are now eligible for the high-speed access to the Web, allowing them do more and receive value for money with the Fiber plans offered. The Queen City is more than ready to become a convenient and high-tech business hub because of Google’s expansion of the service.

Those who live in Charlotte and are operating their businesses there can start signing up for the Fiber service. Sign-ups will begin in Highland Creek before more will be opened in other areas. Three new plans will be available: Fiber 100, Fiber 1000, and Fiber 1000 + TV. You can even choose to add Fiber Phone if you want.

To have an idea how Google Fiber is fast, the Charlotteans are encouraged to visit the Charlotte Fiber Space. Located at the Philip Carey Building, you can test the speedy Google Fiber Internet and TV and see for yourself how Google will be able to deliver the fast connection you’ve been waiting for. You may need to register this early because of the limited time for sign-ups or else you will lose the chance.

Google will have installer vans roaming around Charlotte to advertise. The vans will feature Jason Gammon’s artwork so if you see a white van with some colorful, artsy stuff–that’s the one. Sign up for Google Fiber and enjoy faster Internet speed. One Broadband plan will have a $15 monthly fee to some areas but the three major plans are priced at $50, $70, and $130. In some public places and low-cost housing buildings, Google will be offering free gigabit Internet for the residents.

Meanwhile, those subscribed to Project Fi can now access high speed data in more areas. Google has added Three to the network after adding US Cellular a couple of weeks ago. If you’re on Project Fi, you don’t have to pay for international data because the $10 per GB can also be enjoyed even if you’re a frequent traveler. No need to pay to extra charges because your plan is enough.

The addition of Three means Project Fi is accessible in over 135 areas all over the world. Your phone will automatically connect to partner networks wherever you are to ensure high speed connectivity all the time. Some of the top cities frequented by Project Fi users include London, Paris, Berlin, Tokyo, and Montreal.

Google is also offering a new promo that started yesterday. You can get a Nexus 6P with $150 discount off the price when you avail one and sign up for Project Fi.