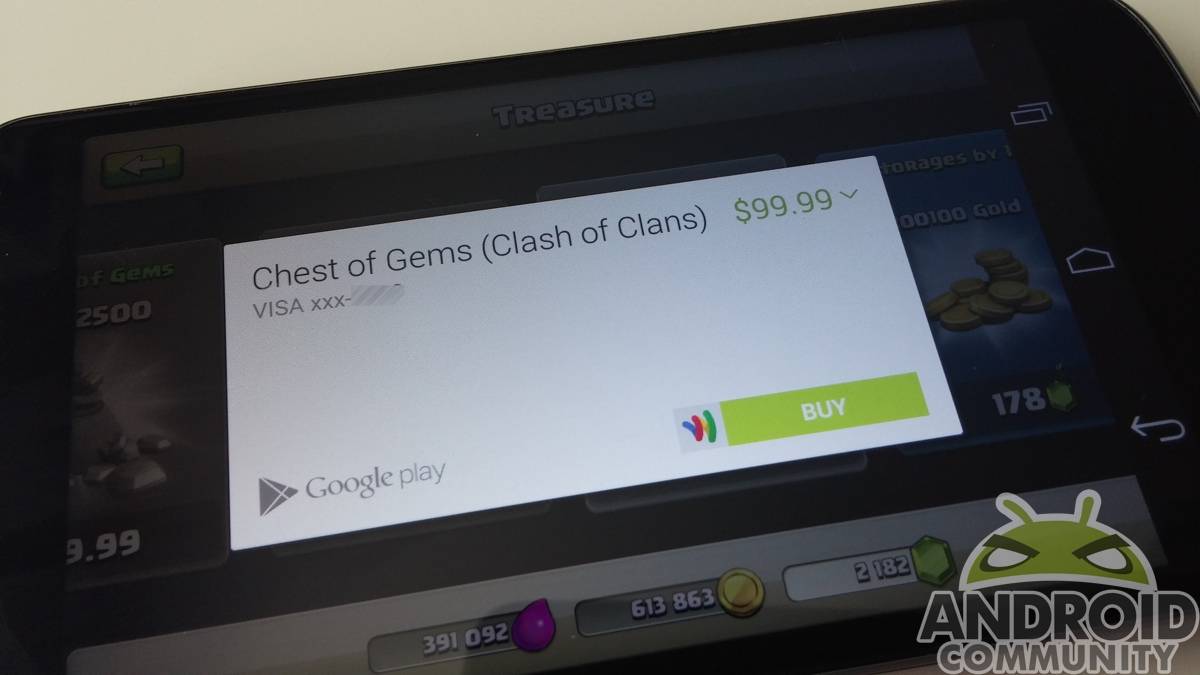 Google currently has a 30 minute window in which purchases are left unchecked, which is the crux of the argument. In an alarming scenario that has been duplicated at least once, the 30 minute window for unregulated purchases occurs after a parent puts in a password to buy coins or credits or whatever the kids are seeking. From there, unwitting kids can continue to buy without having to re-enter a password, which could cost parents quite a bit of money.

Apple faced a similar lawsuit recently, and has agreed to close their own 15 minute window for unchecked in-app purchases. Their whole dustup cost them close to $40 million, whereas the Google class action suit could cost much more. At least 100 parents are involved in the suit, a number that could skyrocket once word gets out about the litigation.

While some may blame the parents in this mess, the problem likely comes from Google not making it explicitly clear that the window for unregulated spending existed in the first place. Many parents likely thought a password for spending meant it was required for all purchases, only finding out about the spending when the credit card bill arrives. By then, there is often no recourse to recoup the money.