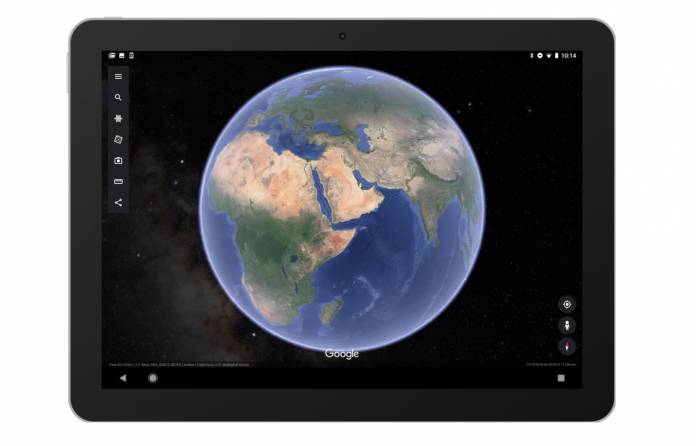 While Google Maps can bring us accurate locations of the places that we need to go to, there is another Google app that we oftentimes forget that can bring us an accurate representation of where we are in the universe. And now an update to the app will let people have a wider view of the universe by adding stars in the background so you can view Earth the way an astronaut would if you zoom out and see our planet in context within the Milky Way galaxy.

This feature has actually been around for some time now for Google Earth on the web and Earth Pro. But now users of the Google Earth mobile app will be able to see the stars when you zoom out from Earth, giving it a more realistic view and placing our planet in context of the galaxy. When you rotate the globe, you’ll also be able to see images of the actual Milky Way Galaxy, from 30,000 miles above the planet.

Google Earth has also added animated clouds showing the weather patterns around the globe, to bring an added element of realism to how we see our planet and galaxy. The images will adjust depending on what part of the sky is opposite your view. The stars that you’ll see are based on data that they have collected from the European Southern Observatory. Playing around or learning from the Google Earth app just got even more interesting and realistic.

If you want to learn more about the Earth and space, you can look at the Scenes from Space and Visit the International Space Station sections through the storytelling platform of the app called Voyager. Google says that those who use the app are mostly scientists, environmentalists, government and nonprofit workers, or just basically anyone who’s interested in exploring the planet and learning more about it.

This small but interesting update to the Google Earth app has already started rolling out to users. Go on and check out what the Earth looks like from above the planet and maybe we’ll eventually see evidence of life in other parts of the galaxy.