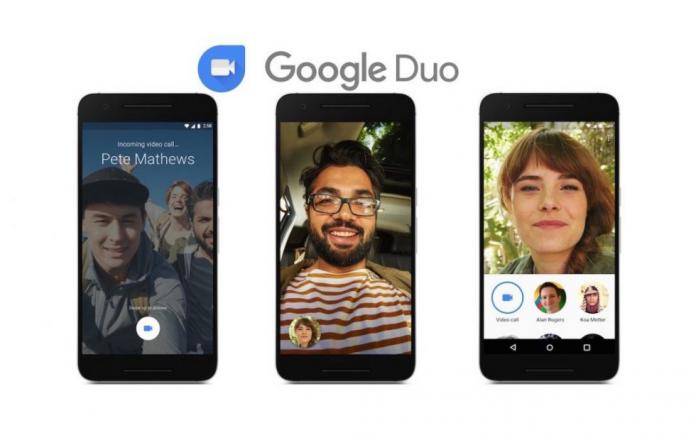 Ever since Google released their video-calling app Duo two years ago, they have been pushing really hard for it to become the default app when you want to do video calls, either for personal reasons or for business purposes. A year after it launched, the company says it already reached the milestone of 100 million downloads although they didn’t release numbers as to how many of those were active users. The latest version has now released a rare mobile platform feature, although it seems to be very buggy for now. Will the screen sharing feature entice even more users to switch or even make it their primary video calling app?

Instead of having one app to house all your communication needs, Google seems to be moving away from that and instead created apps that have one specific purpose, separating messaging (Allo) and video calling (Duo). And while the former seems to be dying a slow death, at least we know that they’re still pushing Duo by giving it new features, like screen sharing, which is rolling out now to the latest version (more on that later). Probably the main reason for having a separate app is so it won’t be as heavy (like Skype) and they want to have an app that is great at one major thing and so it can be highly effective on its own.

Duo does have some features that are “unique” to it. You have the Knock Knock feature that lets you get a video preview of who is calling you so you can decide to answer it or you can also prepare yourself as to the mood or context of your video call. Google also says that Duo has end-to-end encryption so all your calls are secure. In theory, no one can access your calls or your private data, but Google being Google, it does track a lot of information about its users so there’s that. When it comes to video call quality, it adjusts the resolution of the video call based on your bandwidth connection quality, and when it’s good, it’s really good. Duo eventually also gave in and added audio call support, which begs the question as to what will eventually happen to Hangouts.

Despite its supposed popularity and hundreds of millions of users, Duo is still way behind compared to competitors that also offer video calls like Facebook Messenger, WhatsApp, Viber, etc. While technically these are messaging apps that also offer video calling, they are still the competition, especially for users who are looking for unified communication apps. The question really about Duo is whether they will insist on the minimalist approach (which they say seems to be working) or jump on the bandwagon of having rich features like stickers, GIFs, emojis, and all that jazz, which the aforementioned other apps mostly have. It’s also a question of what market are they looking at, the professional one that doesn’t need all those features, or the mass market one, which has a demand to add more fun, exciting, and unique tools every once in a while.

While Google is still figuring that out, they are trying to add more features that other apps don’t have. The latest one is the ability to share your screen with whoever it is you’re on a video call with, letting them follow in real-time what’s going on. This is useful for those doing tech support or trouble shooting, or those who want to share what they’re watching or playing. However, it seems to be pretty buggy for now, so maybe wait for another update to fix it so you won’t get frustrated. 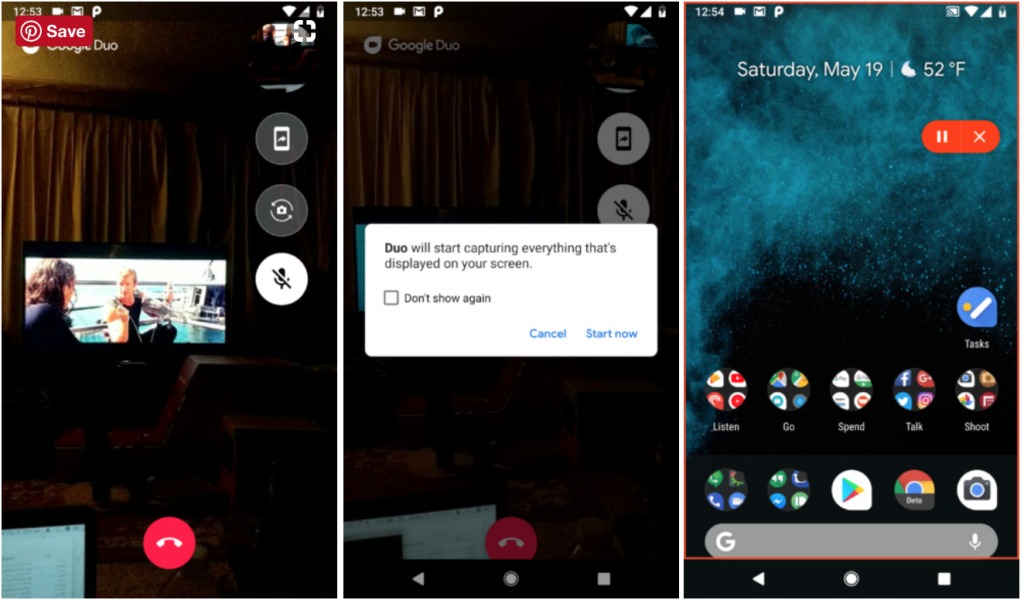