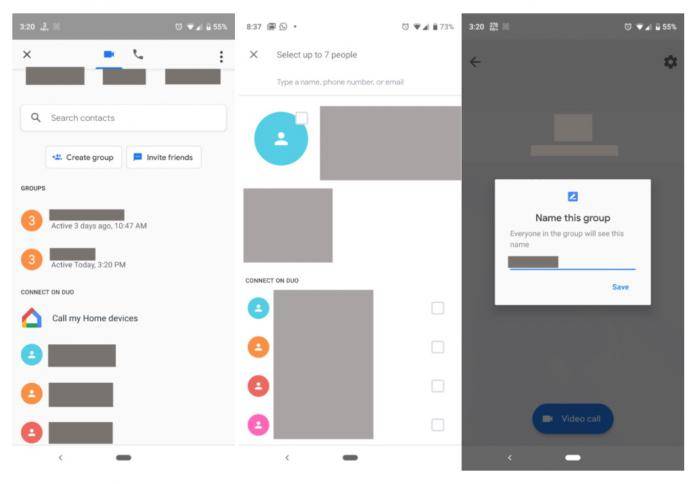 For those who find Google Duo, the company’s video chat mobile app, pretty useful, probably one of the features that you wish it had is group calling. Back in March, folks already spotted this along with low light options in a teardown of the app. Now it looks like they’re finally testing it out for some users, although it seems to be a server-side test so you can’t enable it if you wanted to check either of the features out.

Group calling is actually one of the most requested things on the Google Duo app. If you’re one of the lucky ones where this is now available, you can start a group video call by creating a group with the contacts you want to include. You can only have up to seven people on a call though, as compared to FaceTime’s 32 people. As soon as you’ve created the group, you can now start the video call with all of them.

There are still some restrictions though, like you cannot add more people to the video call if it’s already ongoing. You’ll have to end the call, add the person to the group if you haven’t reached your limit yet, and then start a new video call. You can create as many groups as you want and you can find them in your contacts list and they will be at the top so you can access them easily.

They also seem to be testing out the low light mode which is a “requirement” for a lot of apps nowadays. When you’re using Google Duo and it detects you’re in a room that is dark, it will ask you whether or not you’d like to enable light mode. If you say yes, it will then automatically adjust the brightness of your phone depending on your environment, “so you can see better” the setting says.

This may be a limited regional test and can only be turned on by a server side switch so we cannot force update our Google Duo apps. Hopefully, they’ll be rolling out a fine-tuned version soon.