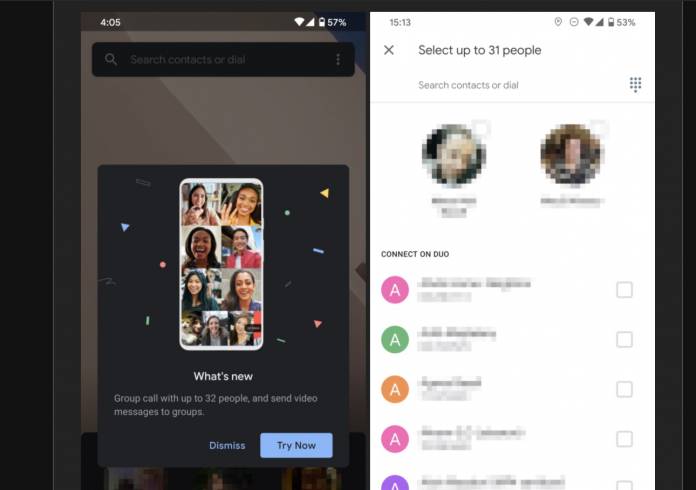 While Zoom is still probably the king of video conferencing, there is also room for other video calling apps to make their mark for those who would like a more personal setting. Google Duo has been on this track for the past few months, even before the pandemic but now even more so. After increasing their group call limit a few months ago, they’re once again letting you add more people to your group call. Now you will be able to have 31 other people and including you, the participants are now up to 32.

Android Police says that we’ve probably known about this feature since Google has been teasing about this since April and then some sort of confirmation last May. But the story begins in March when Duo increased its group call limit from 8 to 12 as people were starting to shelter in place and video calls were one of the ways we could keep in touch with family, friends, and colleagues.

Just last month, Duo finally increased its limit to 32 participants but it was only for the web version. And now finally, the mobile app version is also getting this new participant limit. When you open the video calling app, you’ll get a pop-up message telling you that you can create groups with 31 other people. But even if you don’t get the message, you can still try if your app is already updated with this new setting.

When you create a new group, you should be able to select up to 31 other people and once it’s up, you can start audio or video calling. Aside from that main function of Duo, you can also send people handwritten notes, still images, audio and video, etc. While it’s not primarily a chat or messaging app, you can also do some of that stuff since you already have people in a group anyway.

This increase in participants seems to be a server-side flip as it is live for some users whether they’re on version 92 or up to version 94. If you’re not seeing it yet on yours, be patient as you’re still stuck with up to 12 people.