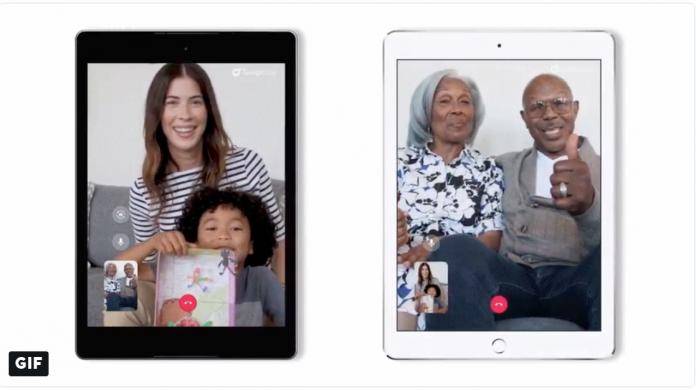 You would think that a high quality video calling app should automatically be available on larger screens right? But as we’re now used to with a lot of Google products, they are not automatically supported across all devices or platforms. Google Duo is a case in point as since it was launched two years ago, you could only use it on Android (and iOS) smartphones. But they’re finally rectifying this oversight as they are now adding support for Android tablets (and iPads too).

Google announced on Twitter that for the next few days, they are rolling out an update to Google Duo that would let you use your tablets to make video calls to your loved ones or colleagues through the app. This will make it even more useful for users who would have preferred a bigger screen to make their video calls more interesting or more convenient. It is surprising that they didn’t have this functionality in the first place, given that they wanted to sort of compete with Apple’s FaceTime.

If you’re not yet too familiar with Duo, it allows you to make video calls between devices and even across platforms. If you’re using an Android smartphone, you can still make calls to your friends who are using an iPhone. You can now add tablets and iPads into the mix so you can use the app regardless of your device. You can also see who is calling through the “Knock Knock” feature. And if you choose not to answer the call, the caller can have the option to leave a video message.

While this is good news of course, some users would have preferred that Google worked on adding group video calling first as it’s one of the most requested features ever since Duo launched. But we will probably see that feature somewhere down the road.

The update has started rolling out to some Google Duo users. If it’s still not available for you, you’ll just have to wait and be satisfied with using your Android phone for your voice or video calls.

Rolling out over the next few days, the newest #GoogleDuo update lets you make video calls on Android tablets and iPads → https://t.co/jNB787MXhd pic.twitter.com/Kz3MeL5RUU