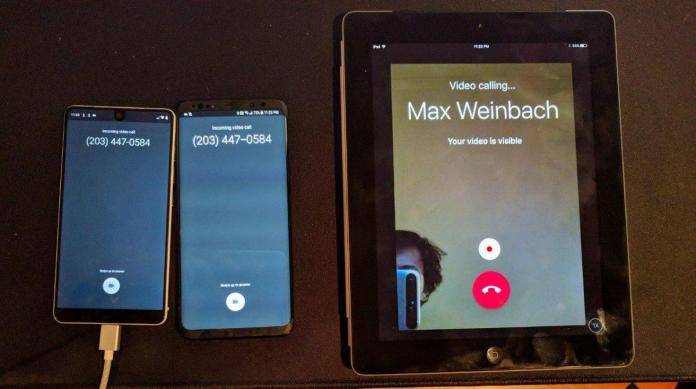 It looks like Google is going all out in bringing their Duo calling app to more devices other than just your smartphone. While there is no actual word from Google just yet, users have been seeing the new support for multiple devices, tablets, and even selected Chromebooks. An APK teardown earlier this year indicated that this may be coming soon and so now months later, we’re seeing it roll out to random users. We can probably expect the official announcement any time now as well as a list of new devices or platforms that will be supported.

If you have more than one device, you probably wished you could have Google Duo in both (or in all of them) since you never know which one you’re holding when someone places a call. Now you can connect your Google account to your phone number connected to your Google Duo. This way, you can answer calls from whichever is more convenient for you as long as you’re signed in to the same Google account.

If that device is a tablet, the good news is that Duo also now has support for that particular device. The app’s UI places the video front and center of course and there are not so many buttons to interfere with what you want to do, which is basically to get or make video calls. Even better if you have a Chromebook, some already have support for Duo as well. The HP Chromebook X2 is one of the first to get it, since it’s one of the first detachable one available in the market.

Next up, what we’re hoping for is that Duo gets released on desktop platforms as well so that it can really compete with the likes of Skype and Apple’s FaceTime. As always, we’ll keep you updated with the latest developments on this front.