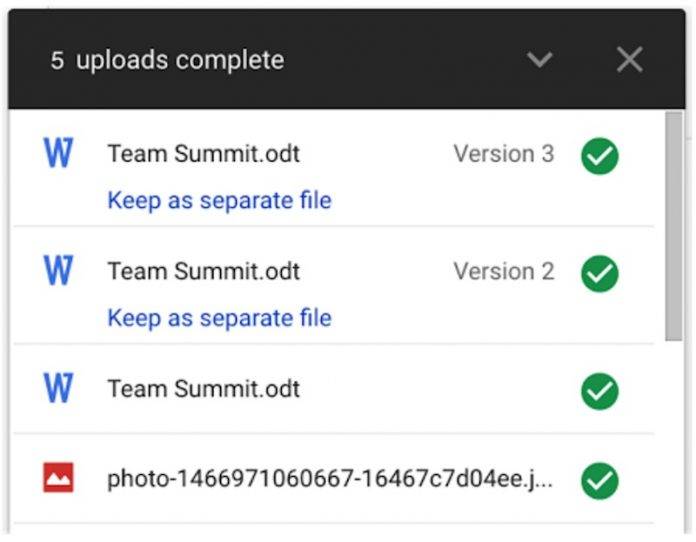 When you do a lot of editing on your Google Drive files but you don’t do it within Google Docs, Sheets, or Slides online, then chances are your process goes like this: open Drive, download file, edit on your laptop/desktop, reupload file. And chances are, there are now multiple versions of the same file on your Drive. There is now a change to the service that solves that particular problem by removing the “deduplication” of files.

Once your Google Drive has been updated, every time you upload a file that has the same name as something that’s already in your drive, they will be deduplicated, with the older file moved to the revision history. The newer, more updated file will become the main one. But just in case you wanted to go back to the older one, at least you can still find it in the history and restore it.

Folders are also included in this deduplication. If you have an already existing one with the same name, it will be merged with the new one you’re uploading. But if you really intended to reupload a separate version of the file, you can click on the option “Keep as separate file” which will appear after you’ve uploaded the file.

The update to Google Drive will rollout on a rapid release so you should expect it to reach your web version anytime now. No news yet if this will also rollout to the mobile version. But it wouldn’t to check out the Google Play page of your app every once in a while to see if there’s an update.