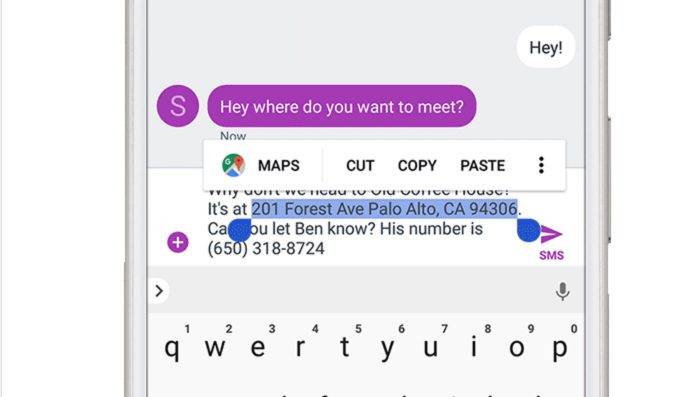 We still don’t have the full extent of the changes and improvements that Android O will bring once our devices are updated later this year (or next) but we have already seen a few features here and there. One of the things that they showed off at the Google I/O conference last May is the Smart Text Selection feature which should make our highlighting text for specific reasons, easier. Google Docs has now updated its mobile app to reflect that, but only if you’re already running the Android O developer preview.

If you are running the Android O developer preview, you can update your Google Docs app now and be able to play around with this Smart Text Selection feature. You will still have the usual cut, copy, paste options as well as the overflow menu for sharing and other things, but you will see an additional icon if it can detect an action that you may probably want to take.

The update to Google Docs also features bug fixes and improvements for the non Android O-carrying devices. You can update through the Google Play page.