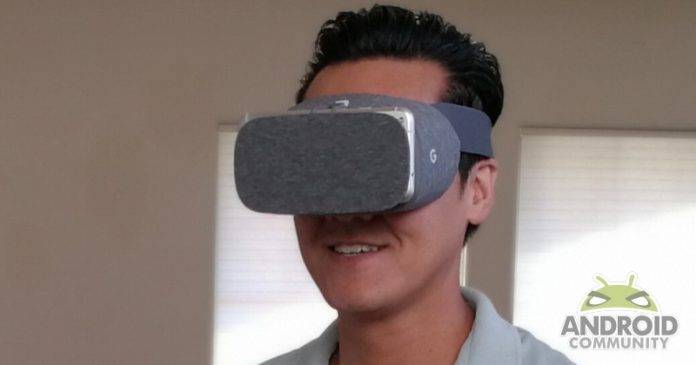 Google has always had the habit of naming things only to have them change later. Or deprecate earlier products for something almost exactly the same. Or reusing a name meant for a different, but thankfully obscure, thing. In the case of its Daydream VR platform, and its Cardboard predecessor, it was all of the above. Somewhat adding to the confusion is the Daydream View headset that is launching today for everyone to experience how Google interprets virtual reality from the vantage point of a smartphone. Is it a tech toy, a fashion accessory, or a passing fad? We take a dive into the made-up world to find out.

In addition to artificial intelligence and personal assistants, one of Google’s more recent interests has been fabrics. Particularly the fusion of technology and textile, which comes in a rather strange way in the Daydream View, the headset designed to showcase Google’s Daydream virtual reality platform. It’s no Project Soli or Jacquard, but it’s a strong testament to how technology can be made more human, even with just a pinch of fashion.

Google is no stranger to VR goggles, having kicked off more than a dozen of them with Google Cardboard. But while Cardboard’s main thrust was on accessibility and affordability, Daydream View’s focus is on comfort and ease of use. And, surprisingly, it works!

The headset itself is comfortable to wear and even to hold, thanks to the materials used. Yes, that includes the fabric that covers the outside of the headset. Not everyone might be impressed by the aesthetics, but you have to admit, it’s a head turner. The comfort extends even to those who wear glasses, a scenario often overlooked even by more expensive VR equipment. It’s not perfect, mind, more like some extra space allocated for spectacles. But it’s a start. 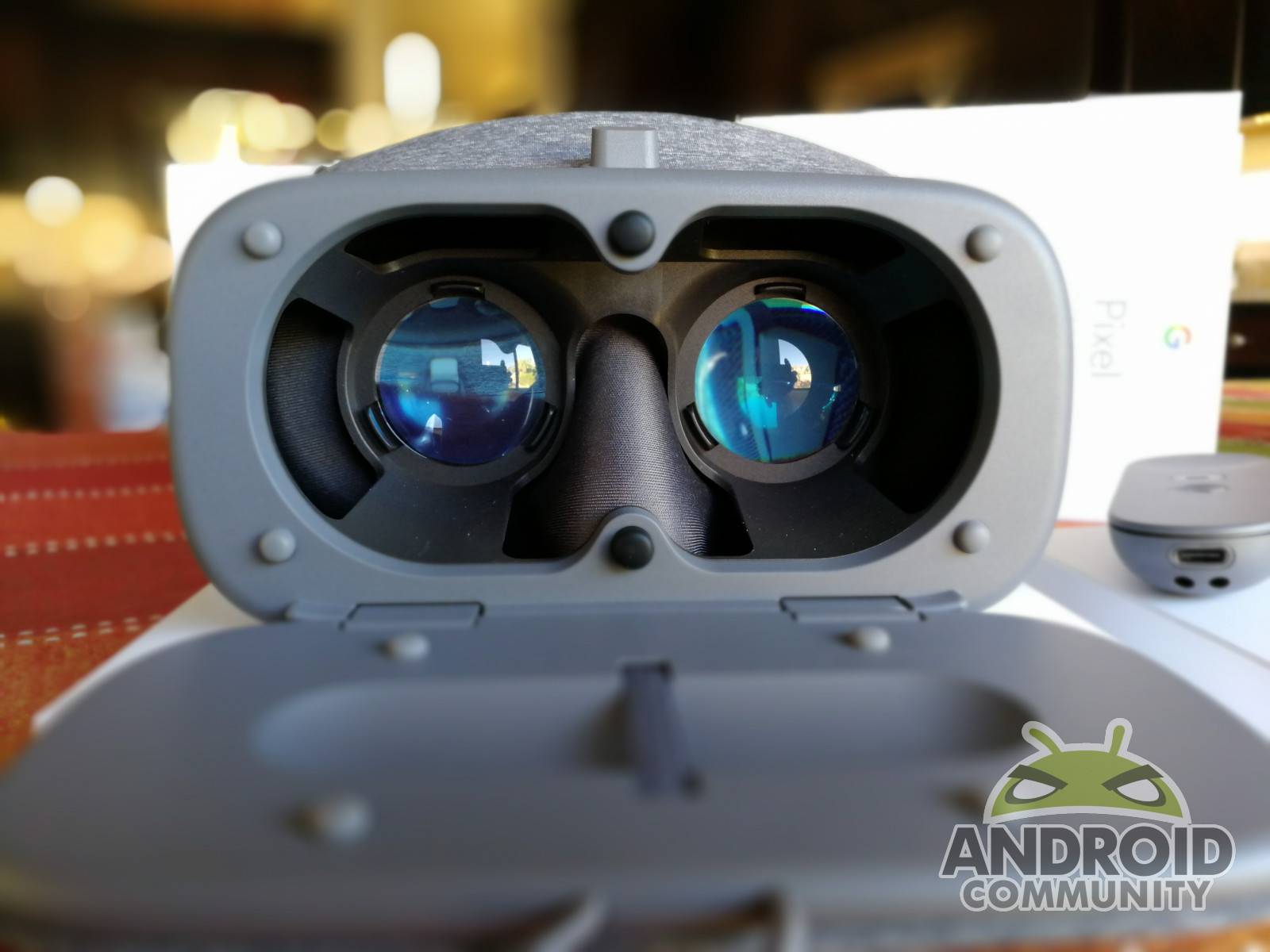 Comfort and ease of use applies to the actual operation of the Daydream View. Just drop (not literally, of course) your smartphone in, wear the headset, and you’re good to go. No fiddling with settings, no turning of dials. The good news is that it makes using the Daydream View dead simple. The bad news is that you’ll have to trust Google’s research and conclusions about the ideal distance from screen to eyes. It’s not exactly a one size fits all setup, but it’s not that customizable either.

As interesting, or odd, as the Daydream View might be, it really stands out from Google’s previous Cardboard attempts through one critical piece: the controller. Take care not to consider it an accessory, as it is a necessary part of the whole Daydream experience. After all, you need it to be able to interact with the virtual world at all. Unlike the likes of, say, the HTC Vive, the Daydream View controller only comes in one piece and looks more like a traditional, minimalist remote control. Almost like a thicker Apple TV remote, some might add. Unlike those as well, this controller is extremely light, almost too light. But it’s also simple to use and, after a brief orientation with how to use the device, almost feels like second nature. The controller does have one oddity that more seasoned VR users might find a bit disconcerting, which will tackle in a while. That said, it’s still a worthwhile compromise between having two, massive, hefty, and complicated controllers and having none at all. 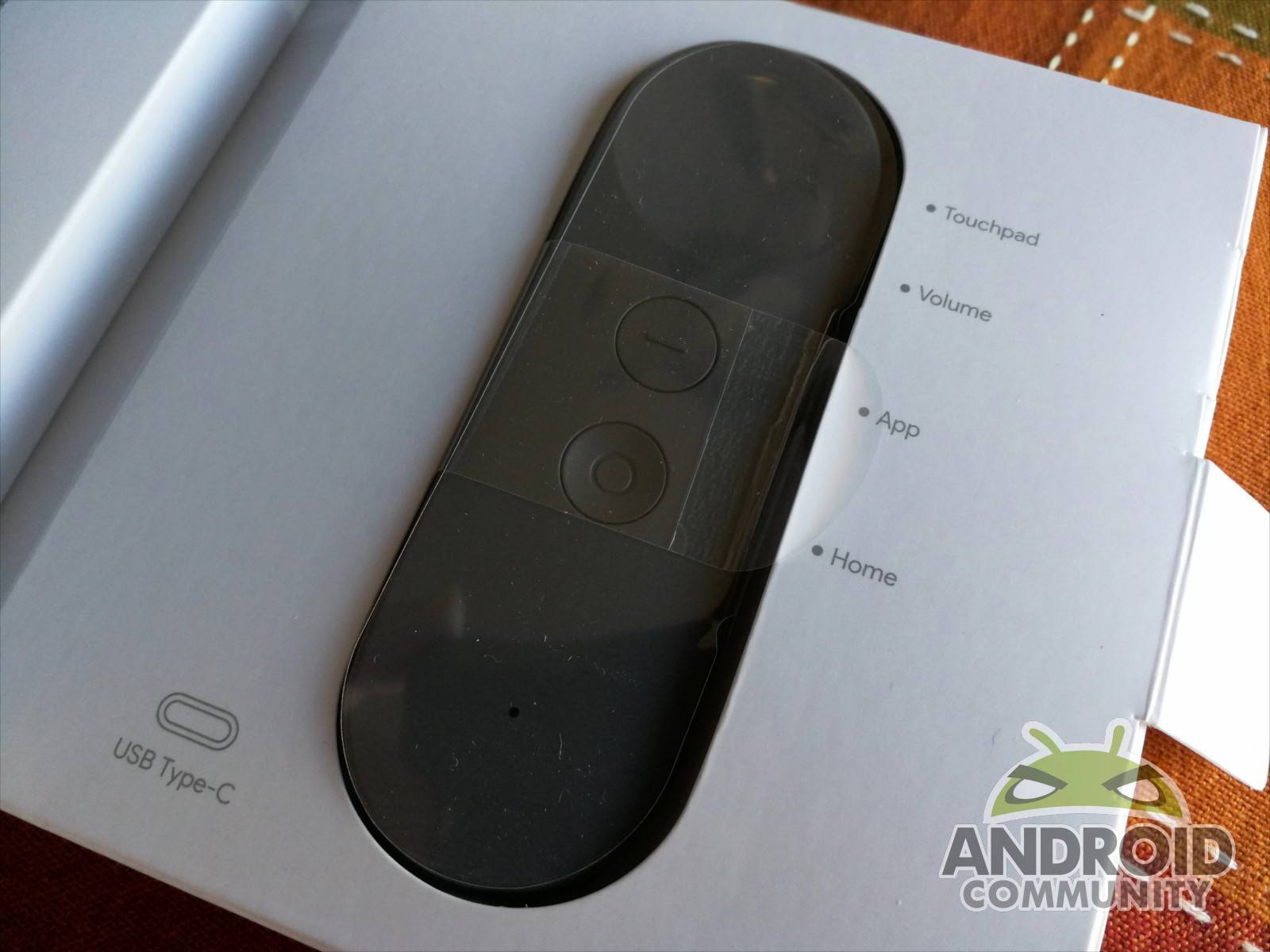 If you were expecting the Daydream View to launch with dozens of new VR experiences, you might be sorely disappointed. In fact, this might be the biggest chink in Daydream’s armor. Compared to big VR platforms like Vive, Oculus, and PS VR, mobile VR like Google Cardboard and even the Gear VR’s Oculus version felt more like hors d’oeuvre rather than the main course.

The launch apps can be grouped into two sets. The first naturally comes from Google itself. YouTube VR and Google Arts & Culture VR have just recently been released ahead of the Daydream View’s launch. Play Movies, Photos, and Street View have also been updated in preparation for the plunge into virtual reality. The actual experience with these apps, however, leaves you with mixed feelings.

Of the five, YouTube VR and Arts & Culture VR unsurprisingly offer the full virtual reality experience, allowing users complete 360-degree freedom of movement and view to enjoy content specifically designed to take advantage of the technology. In YouTube VR’s case, it’s for viewing spherical videos. Arts & Culture VR, on the other hand, allows you to virtual roam around museums at your own pace. On the other hand, Google Play Movies simply superimpose a flat, 2D video on a 360-degree “theater”. Those who have experienced the Gear VR’s video player will be familiar with this scenery. It makes it look like you’re watching in a theater or living room, but that’s as far as it goes. Play Movies, however, has no support for 3D videos, which is an odd omission at launch.

As for third-party titles, many have signed up but only a notable few are present. Taking advantage of any free publicity before its debut on the big screen, Fantastic Beasts (and where to find them) will be landing on your face first. Mekorama, Hunters Gate, and The Turning Forest make up the rest of the games selection for Daydream View. On a more serious note, there’s CNN VR and The Guardian VR, the latter easily mistaken for a news VR app. It is not, and you’d be surprised to be looking from inside a VR prison cell if you presumed it as such.

Despite the dearth of launch titles, the Daydream View experience is solid and smooth, but not without a few kinks. The headset works as advertise, seemingly operating on automatic when you slot in the smartphone.

As to what smartphone that is, for now, only the Google Pixel qualifies. Google has recently revealed its requirements for Daydream-compatible handsets, and, suffice it to say, they are not at all trivial. Aspiring devices must have the muscle to drive, at the very least, a 1080p display at a consistent 60 Hz refresh rate and no more than 3 ms of latency. Of course, the screen must offer that much as well. A few OEMs have already boasted of Daydream-ready smartphones. We’ll finally see for ourselves if they actually make the cut. 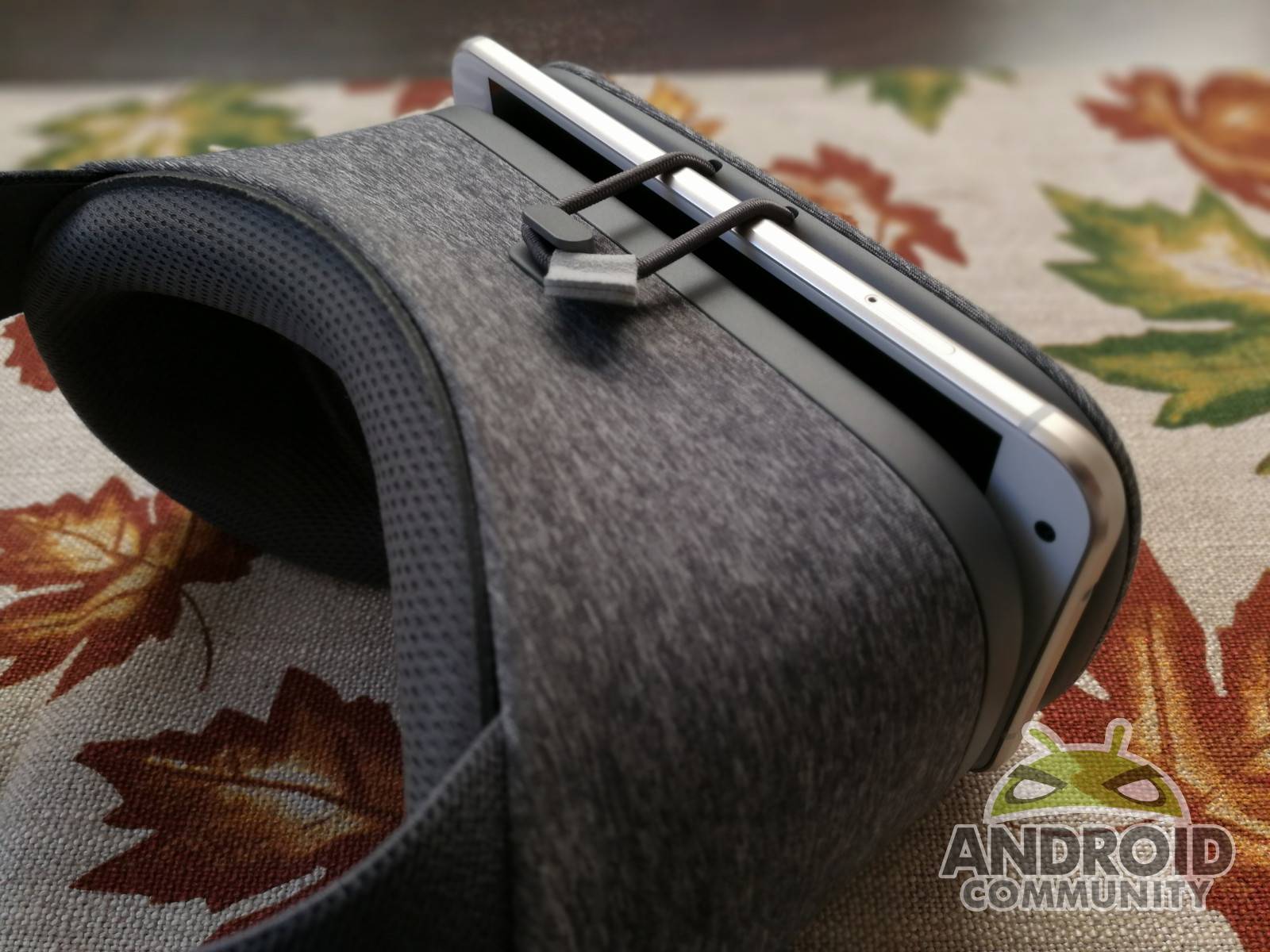 Curiously, it will not be the headset itself that will catch the biggest attention. It will be the controller, and for good reason. For one, it offers a level of control previously unavailable on the Google Cardboard. But it’s how it works that will probably leave the most lasting impression on users. Unlike the Vive or Oculus Rift, the Daydream View, naturally, doesn’t exactly map the real world location of the controller to its virtual counterpart. Instead, most of the time you will have a representation of the controller always in the middle of your view, like a wand that’s always in sight. The Pixel, since the headset has no sensors, uses the controller’s sensors to determine orientation and movement. That might work for something like Fantastic Beasts, where you will indeed use a wand. For other cases, however, it might be a bit odd at first, but you eventually get used to it. Again, better than having “no hands” in VR at all. And, yes, the “pointer” can actually be themed to fit the setting, so it won’t always be a stick.

Sadly, that same controller was also the source of some of our annoyances, particularly the controller’s touchpad. It wasn’t entirely accurate, missing out some gestures or sometimes even completely ignoring them. Fortunately, those were far and few in between and could possibly be fixed by firmware updates.

As always, the question boils down to “buy or skip”. At $70, just a few dollars down from the controller-less Samsung Gear VR ($100), it might seem like a steal. And perhaps you should go out and buy one, but only if you’re one of them early adopters and aspiring tinkerers. If you fancy yourself more as a regular consumer of content, it might be wiser to save that money for later.

The Daydream View is admittedly an interesting device, one that is trying to poke at the edges of the mobile VR market to see how far it can go. The automatic adjustment and easy setup will appeal to most users, even if the textured facade might turn off some. The inclusion of a controller is also key in improving the experience and we are likely to see a lot more Daydream viewers following Google’s lead. 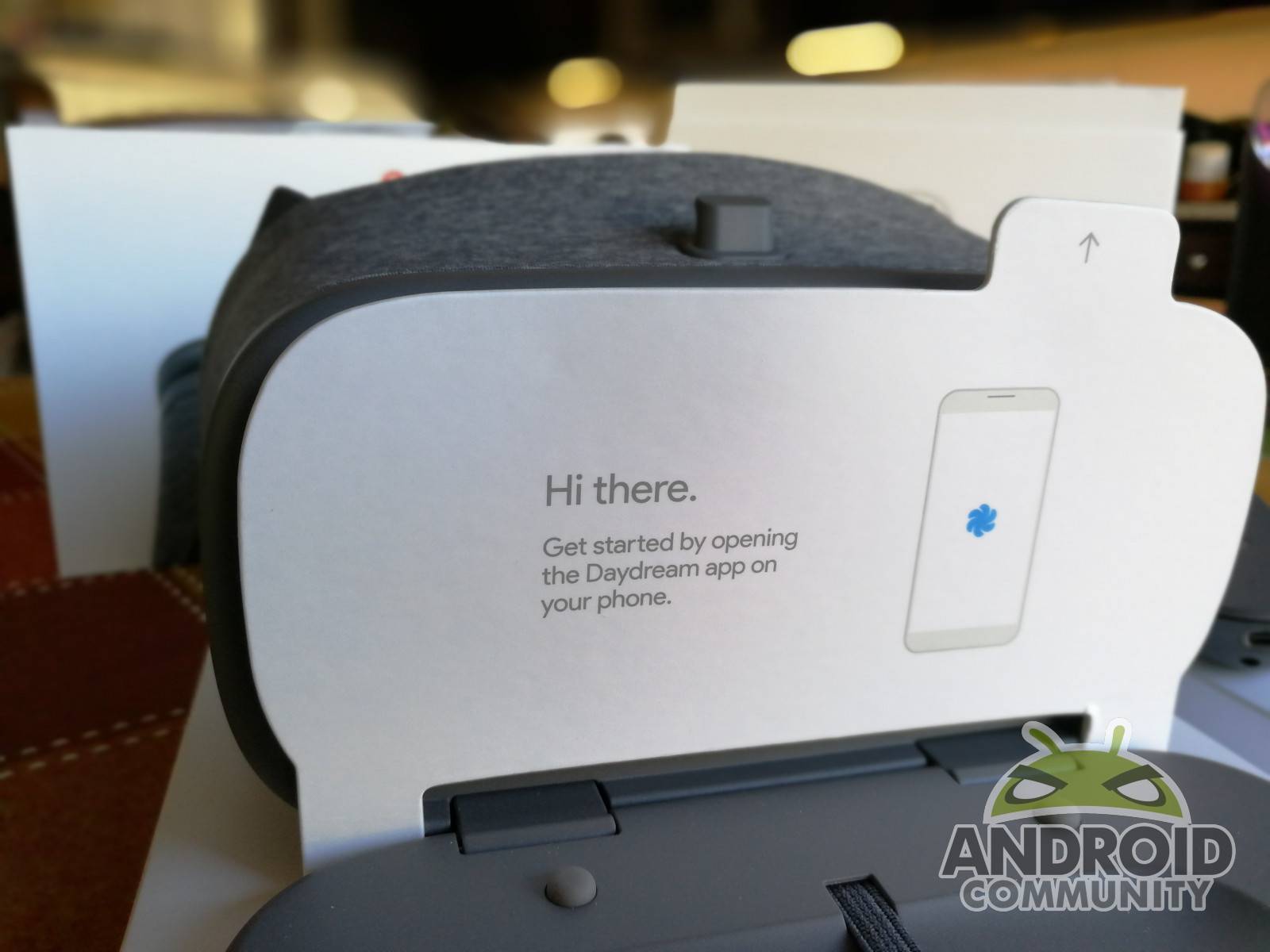 But a VR headset is only as good as its VR platform. And, sad to say, Google Daydream just isn’t there yet. And to be blunt, neither was Cardboard anyway. Both, especially with Daydream’s sparse collection of VR apps and games, feel more like a showcase and appetizer for something grander. Something that just hasn’t arrived yet. With the Daydream platform, Google is promising to make a serious investment on smartphone-powered virtual reality. And while the Daydream View is proof of that endeavor, we still have to wait and see if Daydream will really be more than a daydream. 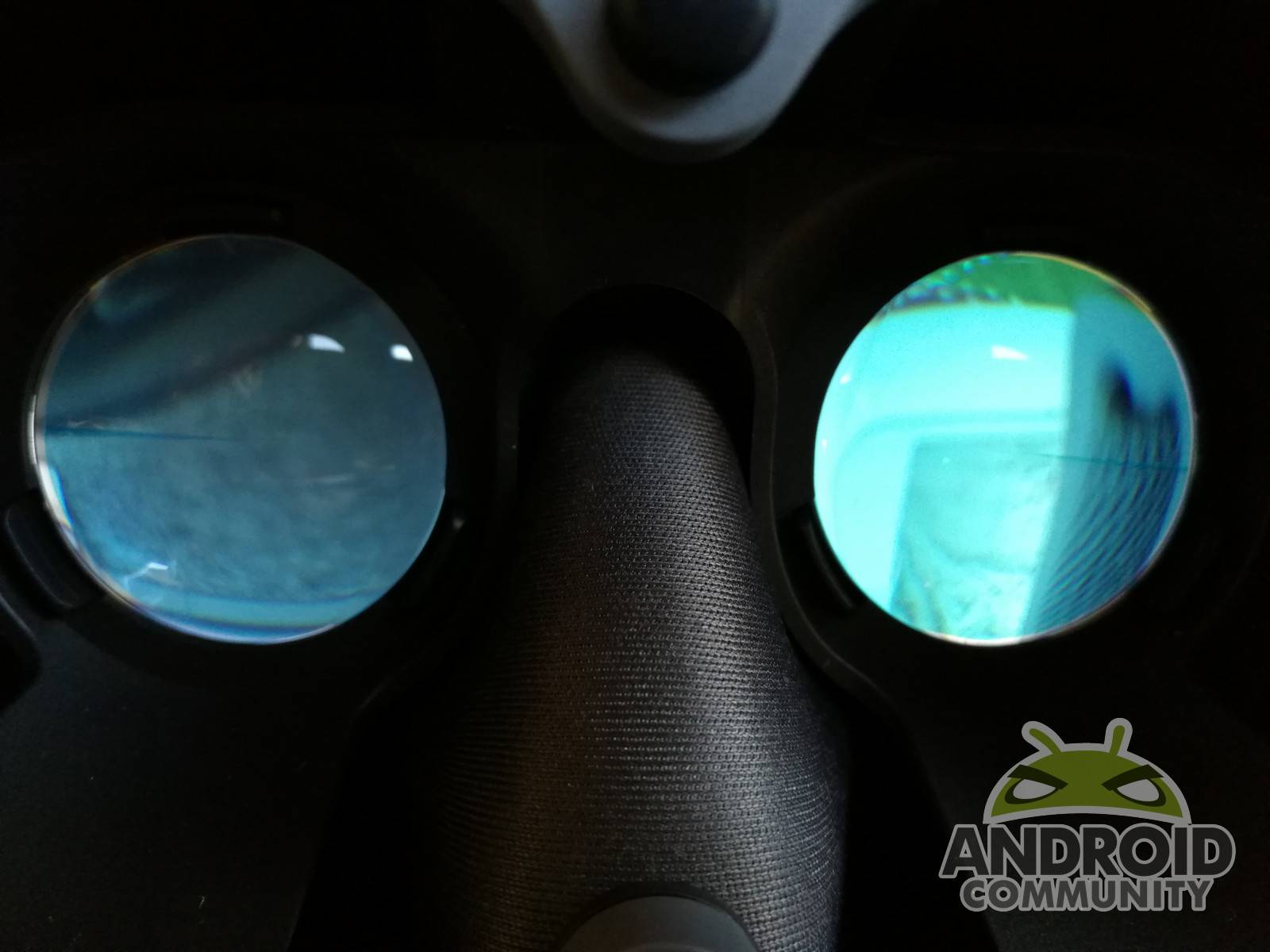