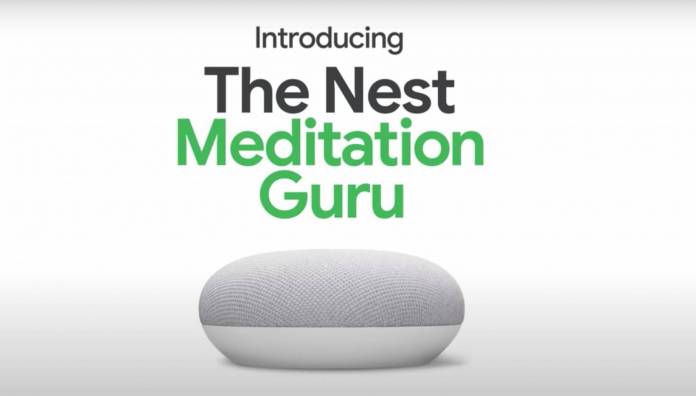 Over the weekend, Google teased something involving comedian Fred Armisen over on Twitter. Some speculated it was a new product, a new Google Assistant meditation feature, or a new Assistant voice featuring Mr. Armisen. Well if you guessed that Google will be doing a daily special sale over on the Google Store, then you were the only one that’s correct. The Google Daily Special, which they also teased in another tweet, is a month-long daily deal program where you can find the best deals on Google hardware.

Starting today, Google Store will have a special deal on Made By Google products. There’s a new section on the store for that which should preview upcoming deals. You also get free shipping if you enter the code – GOOGLESTORE2DAY – which you should enter at checkout whenever you buy something during this month-long deal. They’re probably getting rid of inventory since they’ll be launching new hardware later this year.

Today is the start of something special. The Daily Special, to be exact. We’re dropping a month's worth of deals for everyone at https://t.co/qVgdFDwUtC.

Save $20 on The Nest Mini 2-pack and get free shipping.

The first Daily Special is $20 off the Nest Mini 2-pack. Instead of paying $98 for two pieces of the newest Nest product (launched last year), you’ll just have to shell out $78 or $39 each. You have until Sunday, July 19, to avail of this deal so that means each deal that they announce will not be just for that day. You will have at least a week to avail it, or that’s what we assume. The Nest Mini is a pretty decent smart speaker so if you’ve been thinking of getting one or adding more to your house, now is the best time.

Now what does Fred Armisen have to do with all this? The former SNL and Portlandia star has been tapped to do little sketches to promote the Google Daily Special, portraying various characters in different wigs and with his trademark sense of humor. Each product that will be released will have an angle and this time, the Nest Mini is called the “Nest Meditation Guru” with Armisen using Google Assistant to play background sounds while meditating.

The Nest Mini 2-pack $20 off deal can be purchased manually by adding two Nest Mini devices. It should automatically adjust the price in the cart. But there’s also a special URL you can access to get the deal.