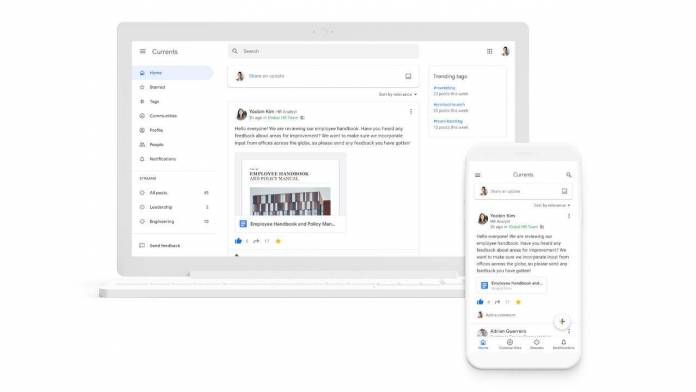 We’ve known that the official end of Google+ will be coming soon so this latest news for G Suite users isn’t really surprising. By July 6, 2020, Google Currents will now be available and G Suite customers will be transitioned to this new thing whether they like it or not. Nothing needs to be done but Google just wanted to give administrators the heads up that they will be switched to Currents. This also probably means that we will be truly saying goodbye to Google+ by July 6 or sometime after that.

“Do you mean Google+ is still alive?” Well, sort of. The consumer version actually ended last April after years of trying to make it a social media platform to rival that of Facebook and Twitter. But it was still alive for G Suite customers who were using it for internal discussions and purposes. But with this new announcement, we will finally see the real end of Google+ and so those who were and and found it useful will have a month to mourn.

An email to G Suite admins says that by July 6, 2020, Google Current will be officially available to their users. There is no way to revert back to Google+ and there won’t be a Google+ to come back to anyway. There is no need to do anything, just wait a few days until all your users are transitioned. Just expect new design, branding, and even functionality. Currents has actually been in beta mode the past few months but now we’ll all see it, at least if you’re using G Suite.

We don’t know a lot yet about how Currents will work but based on its official page, it’s built for your company’s internal communications. There seem to be a focus on communications and instant feedback as well as focused discussions on topics. It might be more like Slack or Microsoft Teams or Discord, but integrated within the Google ecosystem of course. If they are able to market this well, it might become a win for Google, more than Google+’s performance.

For now, if you go to the Currents home page, you can start a free trial if you or your company are not yet using G Suite. There is no news yet if they’ll be releasing a consumer version similar to what Google+ was then. We may find out by July 6.