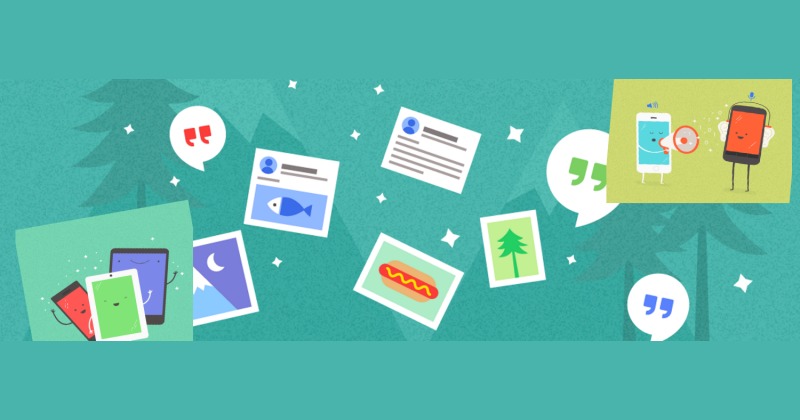 Sharing files have been a lot easier thanks to the cloud, at least compared to frantically copying files to a USB stick and passing it around. However, it could still be much easier. Cloud storage and sharing services, by nature, require an Internet connection. Ad hoc networks, including WiFi direct and Bluetooth, aren’t exactly easy or fast to get up and running. And NFC just doesn’t cut it for large files or bulk transfers. Enter “Copresence”, tipped to be an upcoming service from Google that seeks to solve all of that.

The name might be a bit of a puzzle, hinting more at a location-based service than communication or file transfer, but there is indeed a bit of location involved. The service will still most likely use Bluetooth and/or WiFi to actually communicate or transfer files, but there will be an element of location-based data, perhaps for determining devices that are nearby and available for sharing. User’s of Apple’s AirDrop feature will most likely be familiar with the concept as well. Although Copresence uses the same technologies already available at our disposal anyway, it aims to make it easier to connect and share compared to those. At least, that’s the theory.

One other advantage that Copresence supposedly will have, other than ease of use, is ubiquity. The tip includes numerous references to Copresence’s, well, presence, in other platforms other than Android. There are hints in Chrome’s code, for example. And the extracted images from a Goolge Play Store APK where Copresence was first discovered shows that even iOS devices will be supported, perhaps via Chrome as well.

If all these do come to pass, then we might soon have an exciting and very useful service in our hands, one that crosses the boundaries of platforms and technologies. Of course, it’s far too early to count our eggs and, like many things Google, it might not even be delivered in a single lump. If Copresence is the real deal, we might see it first with a limited number of Google’s products, most notably Google Drive. Only time will tell when it trickles down, or up, to other apps and kinds of data as well, but we will keeping our fingers crossed for this one.