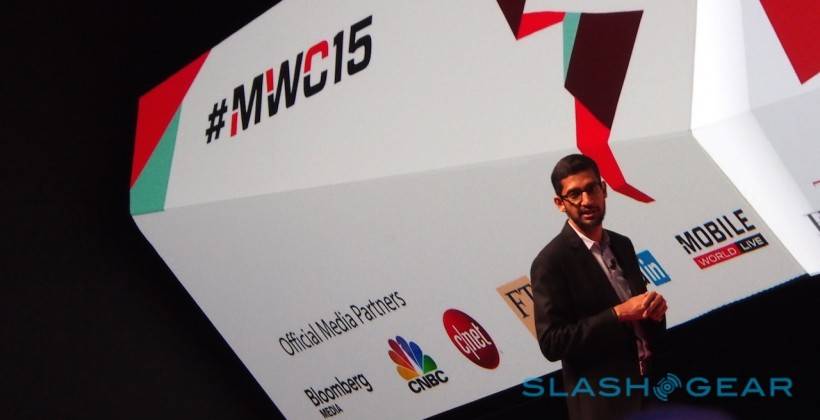 Google announcements at major tech events are always worth noting, and at this year’s Mobile World Congress in Barcelona, they made some major announcements that may not have been the “sexiest” but will definitely have a major impact on not just users but OEMs and their future partners as well. Google’s Sundar Pichai confirmed several things, including the setting up of an Android Pay framework as well as the possibility of their own MVNO network.

While Google Wallet has been in existence since around 2011, Pichai is quick to differentiate Android Pay and says that the latter is a framework for payments while the former is a payment app per se. Android Pay is what developers will need to build service on its framework. NFC will probably be the initial way that payments will be made through it, but it will not just be the only way eventually, since “users love choice,” he stressed. They will also be using the “tokenized” system of security that uses one-time credentials instead of storing card details. Details of Android Pay have not been discussed yet though, although the confirmation that it exists and will come soon will be fodder for developers in the next few months.

Meanwhile, the rumors that Google will be coming up with their own Mobile Virtual Network Operator to rival that of existing carriers, is apparently true, but only to a certain extent. Pichai said, yes, it is true, but rather than compete with the likes of Verizon or AT&T, it is more of a Nexus type of move. He stressed that Android’s business core is to work with an ecosystem and with partners, and that is what they’ll be doing here as well. They will be using the network to test out some technologies they want to experiment with and then convince carriers to join them in the endeavor, which is kind of what they do with Nexus and OEMs.

The Android Pay announcement will definitely intrigue developers and even OEMs on how they can integrate this with their respective products. Because we don’t have a lot of details on Google’s plans for their MVNO, it’s still too early to judge if carriers will actually be interested in going on board with them. We’ll probably know more in the next few months, particularly in the upcoming Google I/O.