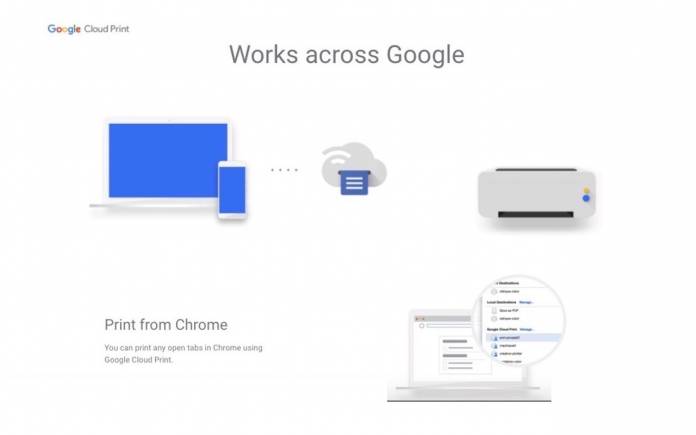 Some of you may have forgotten about the Google Cloud Print but it’s been around since 2010. The service then hit the Google Play Store in 2013 and quickly got Samsung Cloud Print as a rival the following year. Many people continued using it but in November 2019, we reported that Google Cloud Print would be discontinued soon. The time has come as the tech giant is officially putting an end to Cloud Print. After December 31, you will no longer be able to use your default printing option from Google.

We don’t know the numbers of how many people still use Google Cloud Print. Google deemed it necessary to discontinue the service that has been helpful to Chrome OS users since 2010. If you use Cloud Print, you may want to check your printer settings now and change your option. The next time you try printing, you won’t be able to.

When you go to the Google Cloud Print page, you will see an important warning that says:

Note: After December 31, 2020, Google Cloud Print will no longer be supported. Learn more about your migration options.

Good thing Google has provided migration options. You can try other alternatives too like print from Chrome directly with a computer or mobile device. Migrate from Google Cloud Print to a similar cloud printing solution. You can also print from a standard printer or save to Google Drive from print preview.