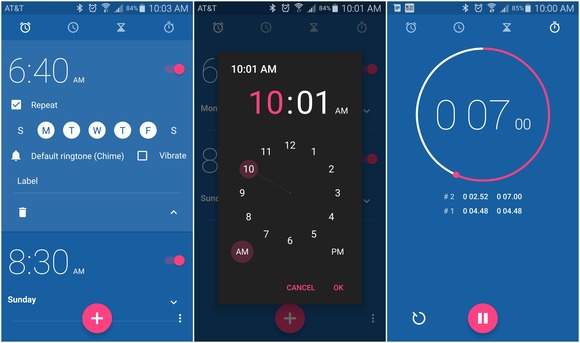 Yes, your device has a default clock app. Yes, you don’t really need much from it except you need it to tell time and set alarms and the like. Yes, you’ve never really thought about getting a different app to replace your device’s default one. But if you’re a big Google fan and you have a non-Nexus device, then now you can also download the Google Clock app.

Of course it has the usual functions of setting time, customizing options, setting alarms, and functionality as a stopwatch. But it does so in a very Material Design kind of way. You can also check out what time it is in as many as hundreds of cities around the world, so you should know better than to call your friend who’s over on the other side of the world because he/she may be asleep now.

Google Clock also is now integrated with Google Now’s voice commands. So if you say, “OK Google, set an alarm,” it will then go to this app if you have it installed already, instead of your default clock. Google is putting the app directly on the Google Play Store instead of waiting for the Android OS update, which, as we know, takes almost forever.

You can download Google Clock from the Google Play Store for free of course. There are no in-app purchases available. A user on Reddit has warned Xperia owners though that if you use the stamina mode, the app won’t wake you up, although it does warn you beforehand that it will do so. But anyway, for the non-Nexus and non-stamina mode using Xperia owners, enjoy Google Clock.