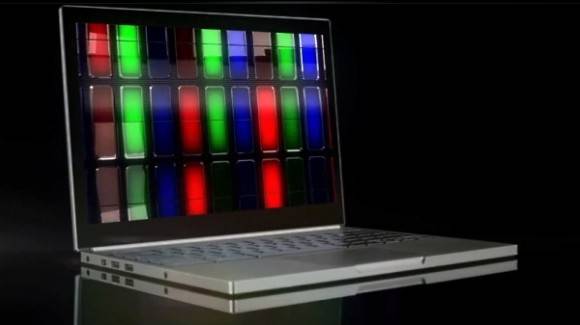 The folks from Google have been pushing their Chromebooks pretty hard lately. With options of any shape and size available from multiple laptop manufacturers including Samsung. However, it looks like Google will soon be taking matters into their own hands (think CR-48) and releasing their own device rumored to be the Google Chromebook Pixel. There’s a neat video and some pictures that have leaked sharing all types of information.

While many wish Google Chrome OS and Android would blend together, we’re still not too convinced that will be happening any time soon. However, now that we’re seeing a full HD 2560 x 1700 resolution option from Google with full touchscreen abilities – we’re starting to have wishful thoughts. Imagine having everything we love about Android 4.2 (or 5.0 KLP) on a Chromebook. Booting into both, or even blending the two OS flavors together.

According to the leaked video that has since been removed (but still available at the via below) the device is referred to as the Chromebook Pixel — which is “designed by Google down to the last pixel.” Could this be something that ends up for sale in the Play Store? We’ll have to wait and see. We’re not expecting Google to merge the two OS options together, but they might soon be offering a “Nexus” line up of Chromebooks for consumers.

The name comes from the high pixel count in the truly HD 2560 x 1700 resolution retina-like touchscreen, but so far that’s about all the details we have. It has some design cues from the Macbook. With that aluminum design and chick-let style keyboard and all. The Google CR-48 never hit the streets but hopefully this Chromebook Pixel manages to become available sometime soon. We’ll report back when we hear more and in the meantime check out our sister site SlashGear for Chromebook Reviews.