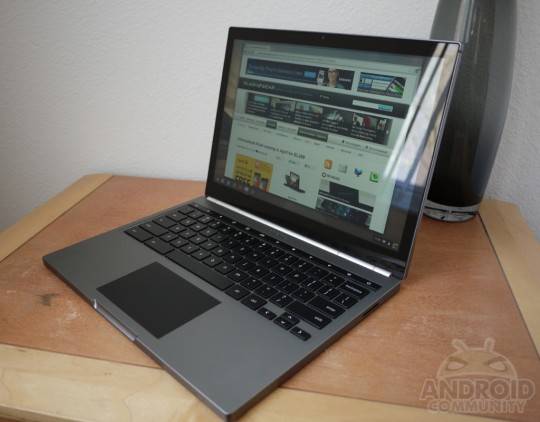 Google‘s IO keynote today, the one and only one this year, has been packed full of news that we can hardly keep up. In the usual Google fashion we’ve just learned about the first of probably many freebies. Google will be giving each and every developer at Google I/O their very own ChromeBook Pixel.

Google Chrome is about to take center stage here at IO, and we’re expecting plenty of details, but they won’t be merging it with Android any time soon. There is however tons of options in Chrome to sync with Android, and that includes the new cross platform Google Play Games.

However, the Chromebook Pixel is one of Google’s first dedicated hardware devices. It’s nothing new, and has been reviewed in full, but now will be in the hands of thousands of developers. This means that Retina smashing 2560 x 1700 HD resolution 12.85″ touchscreen display can truly come to life and be useful.

For more details on the Pixel check out my thorough ChromeBook Pixel review at SlashGear. This powerful device rocks a 1.8 GHz dual-core Intel Core i5 processor, 4GB of DDR3 RAM, and a 32GB SSD for storage, and now will be in the hands of developers to help improve Chrome. Don’t forget to follow all of the news from IO as it gets unveiled by hitting our Google I/O Portal.

We’re just waiting on Android 4.3 Jelly Bean news, if it’s coming, as well as more hardware. There’s a little over an hour left for Google to shock us, so get ready.