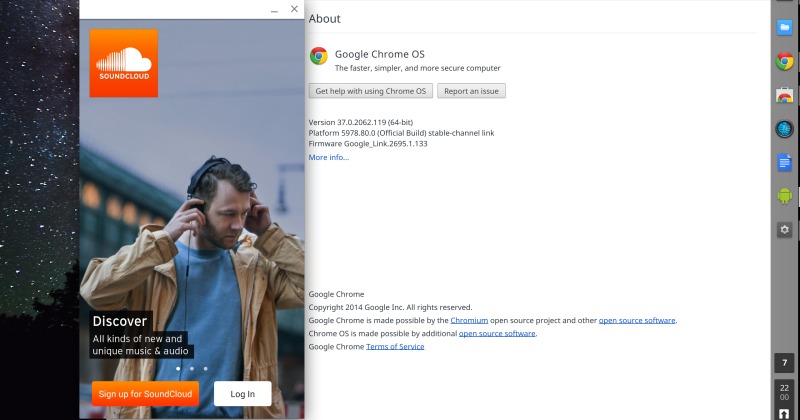 Recently, Google made an interesting addition to Chrome which allows it to run certain Android applications through what it called ARC or “App Runtime for Chrome”. There were limits to what ARC could do – like running only on Chrome OS and only for certain apps – but the good Android developers generally dislike limits, so a developer named “Vladimir” went on a process of taking the limits away.

Vladimir’s modded ARC clone is called “ARChon”, and it does a number of cool things. Firstly, the developer has made it so ANY app would run on it, and not just the original four apps that were supported. Honestly, such a cool feature and only four apps supported? That’s a travesty, and we are happy that good old Android persistence won out.

Also, Vladimir has also made it so that ARChon can run on any desktop operating system – Windows, Mac OS or Linux – basically anywhere that a Chrome browser can run. ARChon allows for sideloading of apps onto Chrome. The bad news is that Chrome does not accept the normal APK format for app packages, they have to be converted to Chrome extensions. The good news is that Vladimir thought of this as well and has a solution for converting APKs to Chrome extensions. 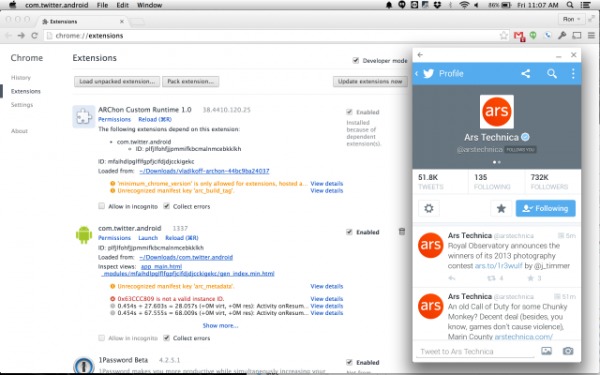 To be transparent about this, the hack is crash-y and buggy to say the least, and only a few apps do really “work” in the fullest sense – but the system works in the sense that it allows the apps to be loaded and run. This is a look towards what may be in store for Android as a universal runtime platform, but for now, check out the instructions via the dev’s github page.