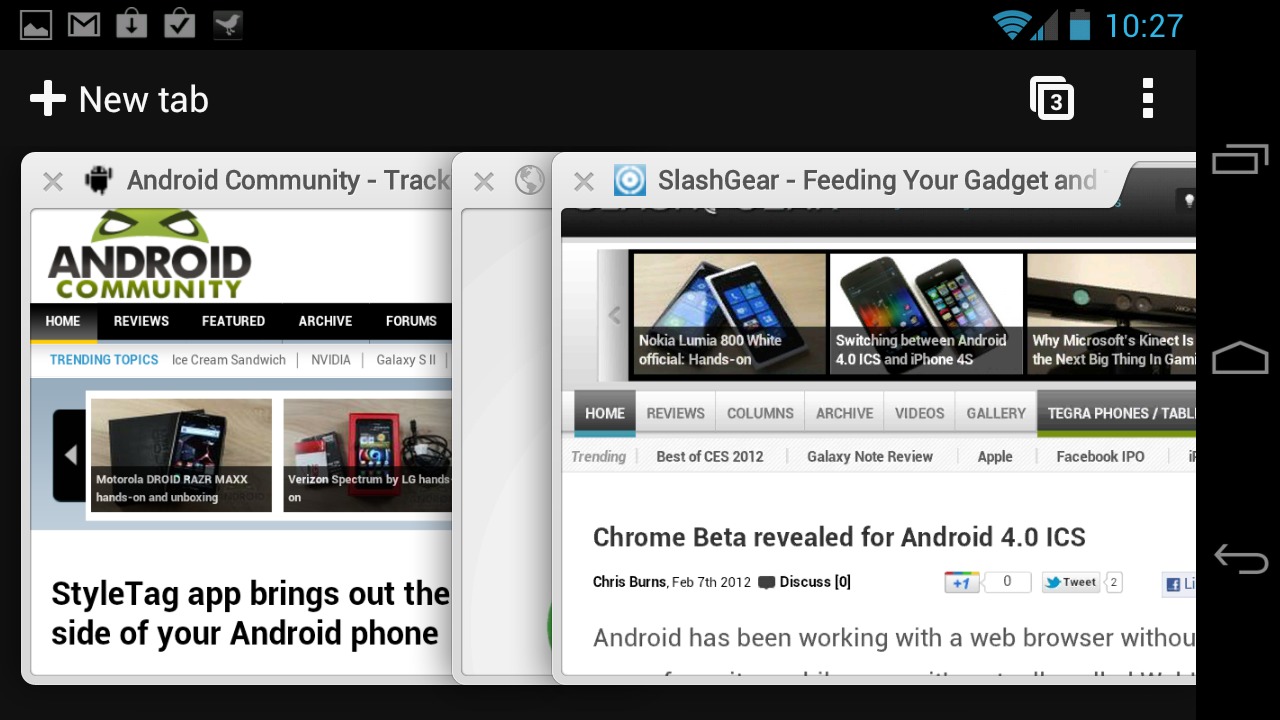 It’s the moment we have all been waiting for. We have long forgotten Firefox and have been die-hard fans of Chrome while waiting patiently for an official mobile version for Android. Today is that day and Google has just announced the Chrome for Android Beta. It’s available now for Android 4.0 Ice Cream Sandwich smartphones and tablets.

Having a full-out browser built from the ground up for mobile has been the goal for Google and with Chrome for Android they plan to achieve just that. With awesome card view tabbed browsing, impressive multitouch in more places than you’d think, bookmark sync and more this browser really has some huge potential. This is Chrome, but for mobile devices and while it will look familiar with the Omni-bar it still has some fresh new UI tweaks and everything should feel natural. From tabbed management to syncing bookmarks and open pages. It’s all meant to be easy, and fast. 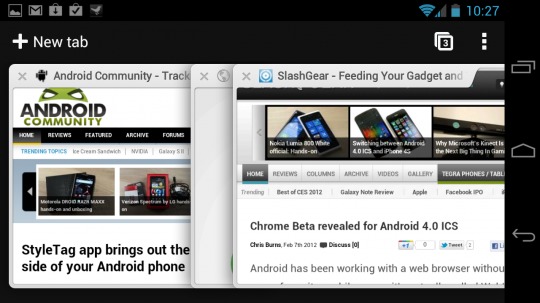 The user interface changes aren’t everything either. It’s also all about speed. The user experience and the feeling of a fast experience has all been improved. From pre-fetching pages, scrolling and zoom speeds, multitouch and more. It’s all much more fluid, simple, and last but not least — fast. Do take note that Adobe Flash is not supported.

Chrome for Android has introduced a new feature called “place shifting”. Users can migrate from their desktop, laptop or Chromebook over to their mobile phone or tablet and everything remains in place. The tabs you have open — including the current tab you were viewing can all be shifted to your mobile device. A seamless and easy user experience.

Obviously this is still in beta and was only released today but from our initial impressions it looks like an excellent start and will probably replace the stock ICS browser moving forward. Will later versions of Android come with Chrome instead? We think they will very soon. So far the bump in performance and the tabbed browser really has sealed the deal for me. Being able to drag the different tabs (cards) around and see a preview of each tab is awesome. You can even rearrange the tabs.

For now this is only for Android 4.0 Ice Cream Sandwich devices but we have a feeling more will see it soon — either officially or ported by developers. More details are available from the video and market link below.