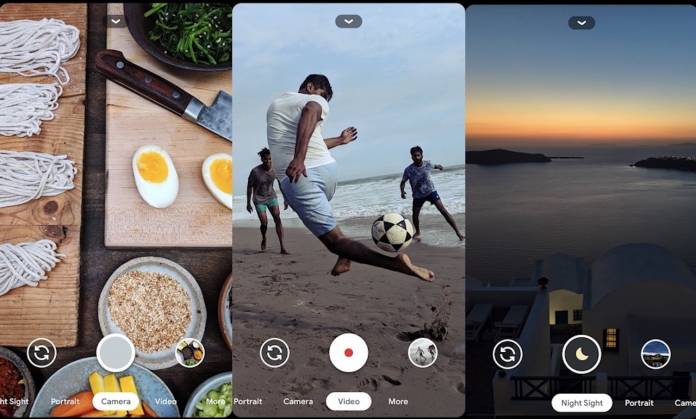 The last Google Camera app update we featured here was the Google Camera 7.2 rolling out for Pixels to add Astrophotography. That was in November last year. The latest one is version 7.5, ready to be received on Android 11 Beta devices. As with most updates, this one delivers new Camera features and several enhancements. The new version is also being prepped for the new Pixel 4a that is believed to be arriving next week, August 3. The updated Google Camera app is readily accessible to some on the Play Store.

There is no official announcement but the last update we see on the Play Store is dated July 27. Our source decompiled the Google Camera app and discovered a number of things on different lines of code. They could mean upcoming features or the devs could just be experimenting on them.

Sighted on the code are mentions of new phones: Pixel 4a, Pixel 4a (5G), Pixel 5. Unfortunately, there is no Pixel 5 XL although we’re not surprised because the Pixel 4a XL is said to have been canceled.

Google Camera 7.5 may bring Motion blur. This could be the ‘Lasagna’ as mentioned. It could join the other Google Camera modes: Photo Sphere, Time Lapse, and Night Sight. Obviously, this Motion Blur is something to be used for actions or moving targets. It’s usually a challenge but DSLR-like quality is possible now coming from a phone as long as the software is right.

Google Camera 7.5 may also bring ‘Audio Zoom’. It’s one feature that will focus the microphone in one direction depending on the position of the camera. It will be particularly handy when capturing zoomed-in videos.

Flash Intensity’ is also a possibility. The updated Camera app may make the camera flash adjustable so that’s interesting. There’s also ‘Video Sharing’ so you can easily share videos with other apps and programs like Facebook, Facebook Messenger, Google Messages, Google Hangouts, Instagram, KakaoTalk, Slack, Twitter, WeChat, Viber, and Whatsapp among others.