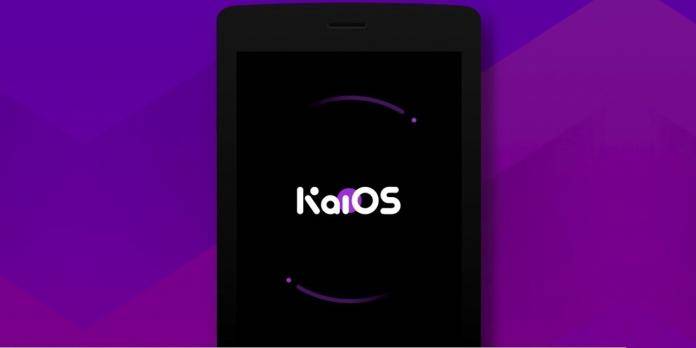 Android has been around for about a decade now. The company was acquired by Google from Andy Rubin and his co-founders back in 2007 and the mobile OS was soon found running on the first Android device. The first Android phone, the HTC Dream, was launched in September 2008. The platform has since grown into becoming the most widely used mobile OS in the world. It has overtaken iOS in many markets. For us within the Android community, we have so much love for it although we know it’s not without flaws.

The mobile market pie may be sliced further as Google introduces KaiOS. It’s a mobile OS that is not based on Android. You read that right–it’s non-Android. It’s not exactly for full-touch smartphones but more for feature phones. There are still such phones today but are actually smarter.

Google wants to infiltrate the emerging markets where affordable phones are in demand but Internet connection is slow or limited like India. The Android Go is already one program that is being marketed but there are phones that can be considered both smart and non-smart. They’re like in between the two categories.

KaiOS is expected to bring mobile experience to parts of the world unreached by Google. The OS is said to be working on numerous phones from different OEMs and carriers already in the US and abroad. Some of you may have already heard of KaiOS. It has partnered with a number of companies like Micromax, HMD Globel, and TCL as manufacturer partners and T-Mobile, AT&T, and Reliance Jio as mobile carrier partners. KaiOS currently has offices in Hong Kong, Taipei, Shanghai, Bangalore, Paris, and San Diego.

The goal of Google is to bring its apps and services to everyone on whatever device–smartphone, desktop, notebook computer, smartwatch, and feature phone. As per Google’s Next Billion Users VP for Product, Management Anjali Joshi, KaiOS will “further improve access to information for feature phone users around the world”.

‘Next Billion Users’ is a team within Google that focus on the emerging markets. Not many details are available about this team but we’re assuming they are tasked to do everything in their power to reach the “next billion users” for Google. How they’re going to do that, well, there’s Android and then this KaiOS. The team has its own category on the official Google blog. Read more about Next Billion Users on The Keyword if you’re curious like us.

The tech giant made investments of $22 million for the KaiOS to work on feature phones. Yes, there is still a market. Yes, there are still millions (probably billions) of people who use such. In India alone, there are more people who use KaiOS over iOS. With KaiOS and Google’s team-up, these feature phones will soon be able to have basic Google services like YouTube, Maps, Search, and even the Google Assistant. Some of the brands that still offer feature phones include Alcatel, Nokia, and Micromax.

KaiOS CEO Sebastien Codeville share his excitement in a statement: “This funding will help us fast-track development and global deployment of KaiOS-enabled smart feature phones, allowing us to connect the vast population that still cannot access the internet, especially in emerging markets.”

In the coming months, expect more feature phones from the brands we mention to be released in the market running KaiOS.