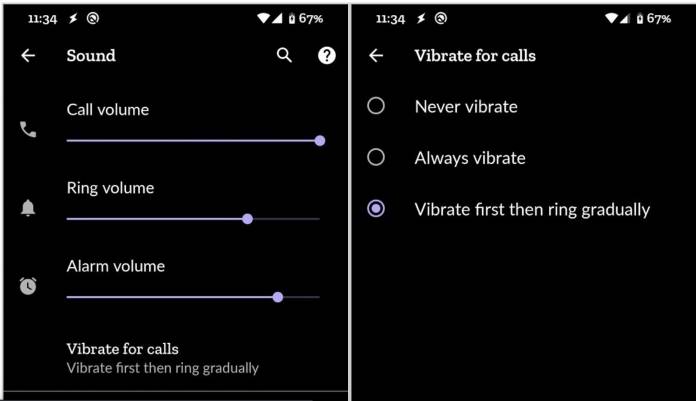 If you’re waiting for an important phone call and you need your phone’s ringer to be persistent and insistent, there’s now an option to have this on your Pixel device. Google has quietly rolled out the ramping ringer feature which was previously spotted to be in development. Now reports are coming in that users have seen the feature in their Pixel 4, Pixel 3, and even Pixel 2 XL smartphones so this may have been a server-side update from Google.

When the stable version of Android 10 started rolling out and the Pixel 4 became available, this feature was not available despite being spotted back in July by the folks over at XDA Developers. And so we thought that Google may have scrapped it already. But now, some owners of various Pixel smartphones are seeing it and so it may have not been connected to the Android 10 update after all.

Basically, what the ramping ringer does is simple when enabled. When you get an incoming call, your phone will vibrate for 5 seconds and then your ringtone volume will ramp up over a period of 10 seconds. While it is effective to catch your attention when you’re waiting for an incoming call, make sure that when you activate it, you’re not in a place or situation where that can disturb the peace because it will get annoying for other people.

You can enable this feature by going to your phone’s Settings > Sound then tapping on the Vibrate for Calls. Previously, the subsetting page only had “Never vibrate” or “Always vibrate”. Now you have the third option of “Vibrate first then ring gradually”. Just choose that and you’ll immediately enable the feature.

As to whether this feature will eventually make its way to other Android devices, that remains to be seen. So far, there has not been any indication that non-Pixel devices will get it so just be content with your regular ringing or vibrating.