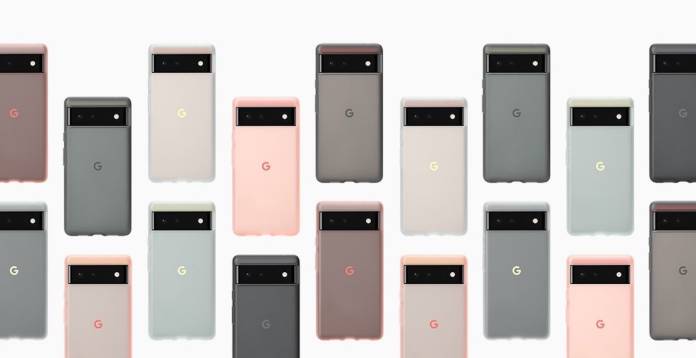 As expected after the announcement of the new flagship devices, we’ll also get official and unofficial accessories. The freshly announced Pixel 6 and Pixel 6 Pro will have a new style of official covers from Google. Unlike the previous cases that were made from recycled fabric, this one is a frosted plastic clip-on style but still from mostly recycled materials as well. It’s also translucent so you can still somewhat show off the actual colors of your Pixel device, even if it is frosted.

The cases are of course not meant to just make your Pixel look nicer but also to protect it from scratches and drops. Each case is made from 75% post-consumer recycled polycarbonate and has a TPU outer layer. It has raised edges and has shock-absorbing materials wrapped around each corner. Unlike the fabric cases of past Pixels, this one is frosted plastic, most probably to reduce the device bulk since the Pixel 6 and Pixel 6 Pro are the biggest Made by Google smartphones to date.

The Pixel 6 cases are available in three colors: Stormy Sky, Light Rain, and Cotton Candy. The Pixel 6 Pro cases have four colors: Stormy Sky, Light Frost, Soft Sage, and Golden Glow. Instead of the previous trademark colorful power button, they instead have a color-coded “G” logo at the rear, having a deeper hue than the actual color of the case. The cases also don’t have the soft-touch inside panel that we’ve seen in previous cases since they’re now using a frosted look.

Google also announced that they’re soon bringing the 2nd generation of the Pixel Stand which should be able to charge the Pixel 6 at up to 21W and the Pixel 6 Pro at up to 23W. You will be able to customize the phone charging experience through different modes. Max Charge will charge it the fastest while Quiet Charge mode will “accommodate silent spaces”. The Auto / Optimized mode will let the stand determine the speed and style for your phone.

The cases for the Pixel 6 and Pixel 6 Pro are now available for pre-order on the Google Store at $29 each. There is no price yet for the Pixel Stand 2nd gen and it will be available later this year with no specific period.