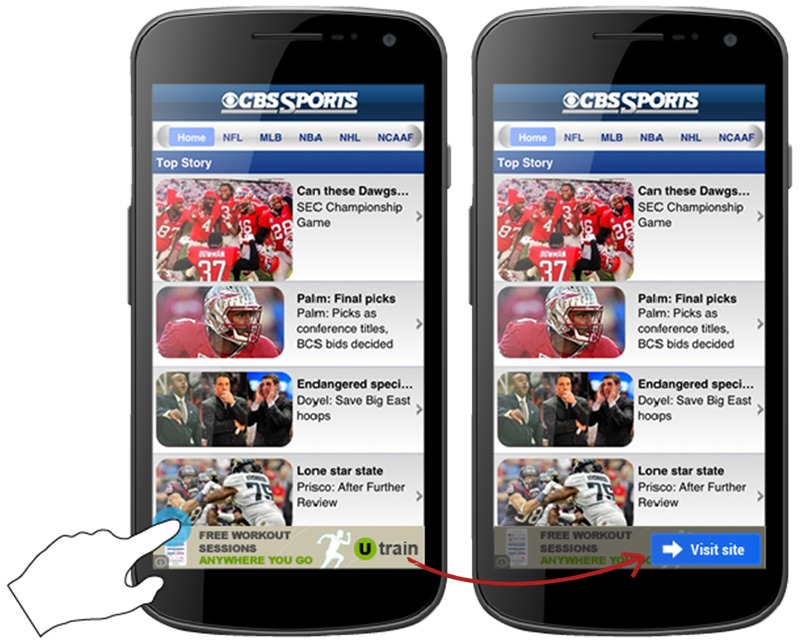 We’ve all done it before. Browsing through an app or playing a game on our favorite Android smartphone and tablet, and suddenly you accidentally click one of those ad banners and get redirected. It’s irritating, and usually I just want to throw my phone. Since ads aren’t going away anytime soon, and are highly effective on mobile, Google’s introduced a new system to solve those accidental clicks.

Google goes into detail explaining these accidental clicks are bad for the end user, publishers, advertisers and everyone else — and we totally agree. A few years ago they introduced the blue arrow for users to easily head to the ad if they’d like, but now we have an even better solution. A confirm button for accidents.

Google realizes if you accidentally click on the outer edge of the ad banner while scrolling, playing a game, or doing other things, that it was most certainly a mistake. Instead of kicking you out of the game or app and into the browser and causing frustration, you’ll now get the image you see above. A non-invasive “visit site” button will neatly appear. Thank you Google!

This is just one step in solving that “fat finger” accidental click problem, and Google is focused on providing the bet experience possible for mobile users, even with ads. Head into your favorite Android apps and give it a try. You’ll be happy to know those “whoops” moments should be happening far less now. Good move Google. We like it!