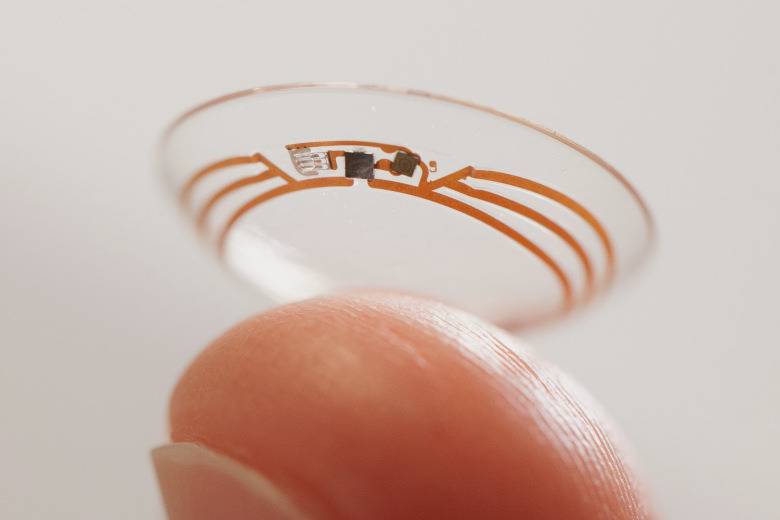 Have you ever seen those heist action movies where the thieves needed to open a door and the only way to do so would be to use the eyeball of a certain individual and sometimes that individual isn’t even there? Well, Google is trying to make sure that if ever you’re in that situation, you wouldn’t need to cut out someone’s eyeball. All you’d need is their new contact lens patent that would give you an “iris fingerprint”.

Okay, we’re kidding. We don’t know if that is really Google’s intention. But what we do know is that they did file a a patent that will make their contact lens an identification device. It will cover parts or even all of the iris and the light sensors that is embedded there collects the reflected light off of the iris. An image will then be assembled and then compared to a previously saved memory of the same iris and if they match, then you get to unlock the door or a top-secret file that the user is authorized to open.

Google has previously worked on contact lens that are being used for health applications. They’re currently testing a smart contact lens that can be used someday to check the blood sugar levels of diabetics through a tiny chip and sensors that are in the lens. Theoretically, it could test the blood sugar of the user every second. They are partnering with Novartis to develop this particular lens.

As for the “iris fingerprint” contact lens, it’s unclear yet what Google plans to do with the device specifically if anything comes out of it. Of course it will probably be something about biometric authentication and the possibilities are endless.