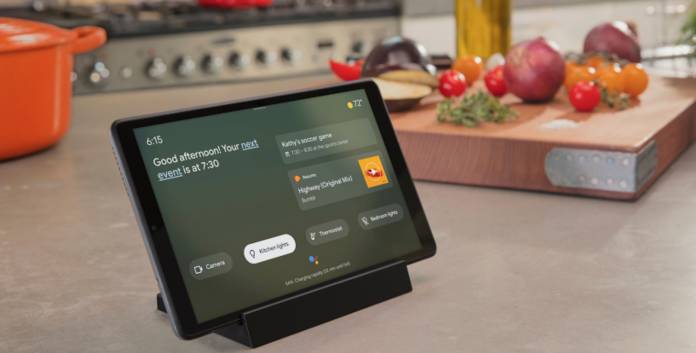 If you don’t feel the need to buy a smart display anytime soon, you might have another option to still experience some of its features on your Android tablet or smartphone. Google announced at the IFA 2019 in Berlin that they are now bringing Ambient Mode for Google Assistant to turn selected devices into smart displays. For now, it’s limited to just two Lenovo tablets and two Nokia smartphones but expect it to be available in other devices later on.

Once you have the Ambient Mode feature through your Google Assistant and your device is docked and charging, it will display things like your calendar schedules, weather information, reminders, notifications from your various apps, music controls, and even smart home controls. And when in “rest” mode, the screen will turn into a digital photo album and will display images from your Google Photos. Hopefully, you’ll be able to choose which albums to display or you might find yourself surprised when some photos suddenly show up.

Ambient Mode will be available on the docked Lenovo Smart Tab M8 HD and Lenovo Yoga Smart Tab as well as on the Nokia 7.2 and Nokia 6.2 when they’re charging. Google hasn’t specifically said that it will roll out on other Android devices later on but since it’s pretty useful, we can expect it will be available soon. The soon-to-be-released Pixel 4 seems like a device that will benefit from that mode so expect it to have at launch as well.

We can expect more Google Assistant functionalities to arrive at our devices once Android 10 starts rolling out to more devices other than the Pixel smartphones. Hopefully that includes the Ambient Mode as well.