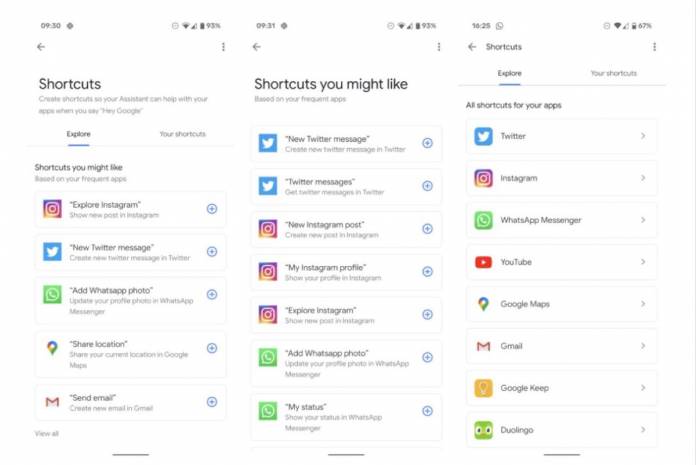 One of the things that Android users have envied about Apple users is that they have something called Siri Shortcuts. Samsung users also have this with Bixby Routines but Google Assistant users have longed for something like this to happen to their digital assistant to make their lives a bit easier. Well, finally, Google is trying this out but their first attempt out of the gate leaves a lot to be desired. The in-app shortcuts are now rolling out to some users but you should not expect a lot since things are still pretty basic.

Google Assistant actually had shortcuts before but now they’re bringing it back. Basically. it will let you perform quick actions within an app but unlike routines, you can only do one action and not a series of actions that you can trigger with just one command. For example, if you say “Hey Google, create new Instagram post”, it will open the app and directly go to the create new post section. At least, that’s what it’s supposed to do on paper. Remember that this is still a sort-of first attempt so there’s a lot of room for improvement.

Android Police says there are still some limitations to how this will work. You can’t just add any shortcut, it has to be for apps that are already implementing the functionality so the list may still be limited at this time. The other limitation is that it seems to just open a specific page in the app but it will not do any action on your behalf. And of course as mentioned, it can only do one action and not a string of actions which the aforementioned Siri Shortcuts and Bixby Routines can already do.

To see if you can already create shortcuts, head on over to your Google Assistant settings and scroll down to Shortcuts. You’ll see a tab called Explore where it lists all the available apps and shortcuts. You’ll see the ones recommended to you first based on what apps you frequently use. Tap the plus sign next to the shortcut to add and probably configure it then you’ll see all the ones you’ve added on the Your shortcuts tab. You can edit the default voice command from there or even remove it.

Let’s hope we’ll see more improvements to this feature as time goes by. Meanwhile, we’re also seeing improvements in Google Assistant’s dietary preference selections. You will now be able to approve or disapprove different cuisines and ingredients, aside from the previous three choices of gluten free, vegetarian, and vegan. The preferences will be used when you’re asking for recipes on Google Assistant and also affect the recipe cards you’ll see on Snapshot.