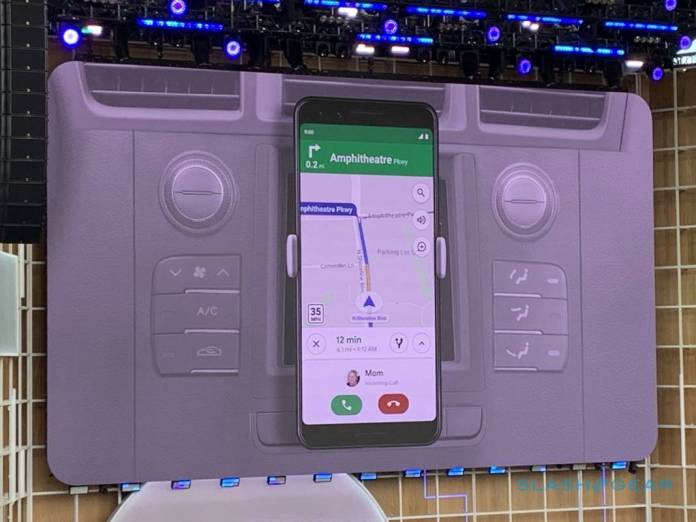 Obviously, we expected Google to make some big announcement about the Google Assistant during the opening of the I/O developer’s conference. The CEO himself, Sundar Pichai, shared the newest innovations they’ll be bringing to the digital assistant. And while it may not be the “sexiest” thing, the fact that it should become smaller size-wise and faster should be reason enough to cheer it on. Plus, we’ll get a Driving Mode for it too so you don’t need a new car or a new infotainment system.

The best news probably about Google Assistant is that the voice recognition model’s size will now just be 0.5GB as compared to the current one which is at 100GB. This means it’s small enough for you to be able to store it locally on your smartphone. And as per their demo on stage at Google I/O, this also means it should be faster and easier to use. Hopefully, that will translate well when it’s finally rolled out to consumers.

Scott Huffman, who did the demo, believes that they will be starting a paradigm shift as they move their AI models onto the device. They expect to get zero latency and to reach a point where people would just automatically go for Google Assistant rather than type in their search or query or command onto their phone. This new lightweight version will roll out to Pixel users first later this year.

Meanwhile, if you don’t have the budget yet to get a new car with an infotainment system, you’ll now be able to have Google Assistant in your vehicle. The Driving Mode will only need you to put your smartphone on the mount in your dashboard because of course, safety first. Once you’ve powered up the Google Assistant, you’ll now be able to get suggestions like where to go, what to listen to on your way to work, etc.

You will soon also get a suggested media area where you’ll get prompts for things you might enjoy while you’re driving, like music, audiobooks, podcasts. You’ll get a condensed music control panel at the bottom where you can play and pause or Skip. You’ll also get a small interface at the bottom of the screen when you get an incoming call. No specific date has been given just yet for the rollout of this Driving Mode feature