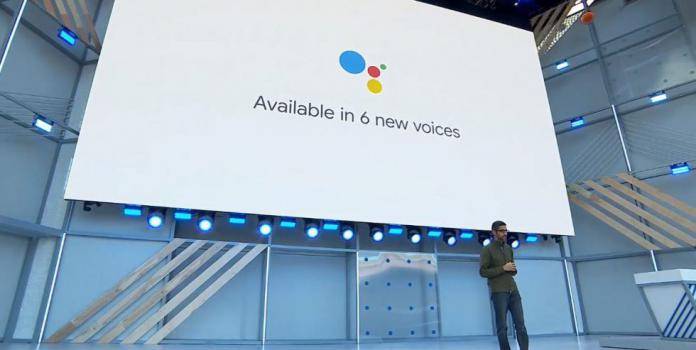 The Google Assistant is bigger and better in many ways. It focuses more on AI and machine learning so conversations will be more natural and more intelligent. The AI efforts are improving and advancing in ways some may not imagine. We mentioned earlier there will be six new voices for the Assistant and later this year, John Legend will be lending his voice.

With the help of WaveNet technology by DeepMind, the Google Assistant is expected to sound more natural compared to other similar voice assistants and AI services. Over at the I/O conference, the tech giant’s CEO Sundar Pichai showed off the latest Google Assistant features, as well as, played clips of the new voices.

To review, the Google Assistant is now able to understand both “OK Google” and “Hey Google”. Aside from the six new voices, the Google Assistant will soon be available in about 80 countries and will support 30 languages before the end of the year. We also noted the ‘Continued Conversation’ feature a while ago.

Is the Google Assistant really smarter? That’s what Google wants us to believe especially with the introduction of the Google Duplex. It’s a new technology that allows the Assistant to “understand complex sentences, fast speech, and long remarks, so it can respond naturally in a phone conversation” according to Google Assistant’s VP for Engineering Scott Huffman.

What the Google Duplex does is make appointments for you. Say, you want to book a restaurant, Google Assistant can do the calling for you. Hopefully, the call will be natural but with one goal in mind–to reserve or book for you. The Google Assistant will then mark it on your calendar and then remind you of the schedule.