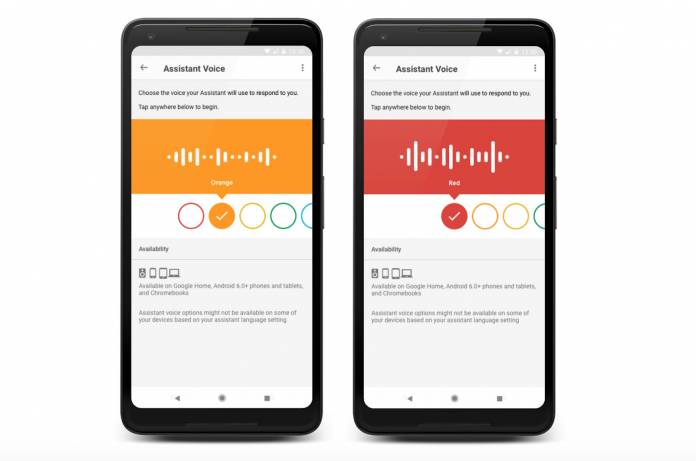 English users of Google Assistant already have several voices to choose from (11 to be exact, including John Legend). But of course, we would want the rest of the world to also have choices in their own, native languages. It’s not an easy task of course but the tech giant is slowly adding more options for its digital assistant. They are now launching a new voice in nine more languages, specifically German, French, Dutch, Norwegian, Italian, Korean, Japanese, English in the U.K. or English in India.

The new Google Assistant voices that they are rolling out this week were created using the WaveNet technology which allowed these voices to sound more natural and not as robotic as the digital assistant voices we’ve gotten used to. The state-of-the-art technology brings “great pitch and pacing”, almost giving you the feeling that you’re talking to an actual person and not just a digital assistant. Obviously you know you’re still talking to a “machine” but having a conversation with someone who sounds almost human is still better.

To choose the voice you want for Google Assistant, go into the settings in the Assistant app and you can choose from the different voices available there. The voices are also displayed by color instead of by gender because Google believes in presenting your options to you “without any labels” so you can choose what feels right to you without any gender bias or anything.

And in case you don’t know about the other options out there yet, Google wants to help you experiment. If you live in one of the countries that are getting a new voice, Google is randomly assigning you a different one rather than the default when you’re setting up your Google Assistant. This way you get a 50/50 chance of getting an orange voice or a red voice (they don’t say which one is the boy or girl voice).