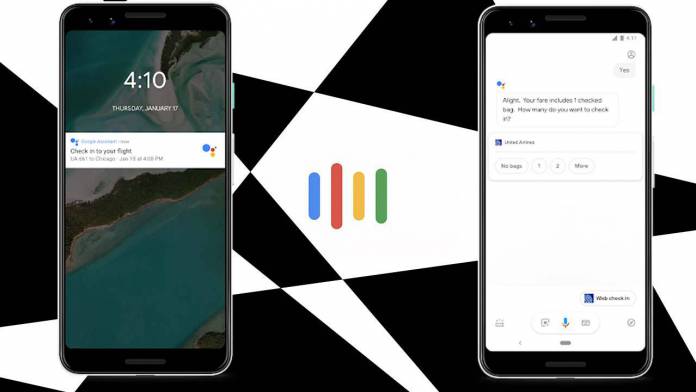 Voice Match was either a pretty useful feature for unlocking your phone or one that’s a security nightmare (especially if other people were able to unlock your device using their voice). But now Google has started updating this feature and turning it into a better Google Assistant assisted system. It started with the Pixel 3 and Pixel 3 XL and now they’re rolling it out more widely. Basically, you now get some Google Assistant help even when your phone is locked.

When you use Google Assistant on your locked screen, it will not fully unlock your smartphone. Instead, you will get several options on what you want to learn from your phone. You will be able to use the features and information on things like your Alarm Clock, Google Calendar, Contact Information, Emails from Gmail, Hotel and Flight information, Reminders, Shopping lists, Traffic Updates, etc.

The information you get is of course depending on your personal Google account. And of course you would need to opt-in first to be able to use the Google Assistant. This system should be able to make your life easier as you can get important things done, or rather, know about these things, without having to unlock your phone.

While it initially rolled out for Pixel devices only, Google has said this would eventually roll out to devices running on Android 9.0 Pie. Some non-Pixel users are already seeing this now so you should probably wait for it to arrive to your device and hopefully it will be sooner rather than later.