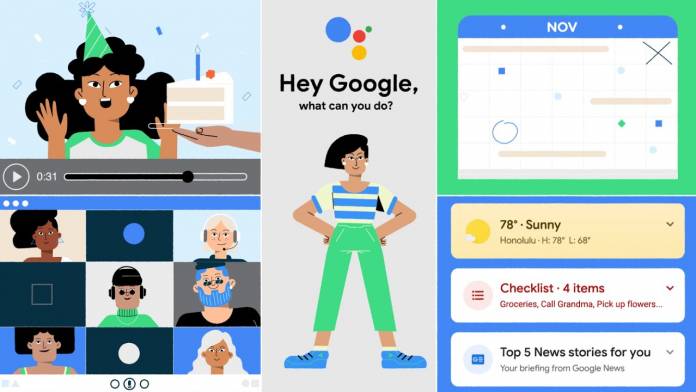 While your Google Assistant is able to do a lot of things already on some of the associated apps, users probably wish they could do even more. Well finally, some of our wishes will come true as Google has finally found a way to integrate more deeply with some of the third-party apps installed on a user’s Android phone (including some of Google’s own properties). You will now be able to do more than just ask Google Assistant to open a certain app.

In this new “era” for Google’s digital assistant, you will be able to not just open the app by your voice command but to even search within the app for content or other tasks you may want to do within the app through Google Assistant. And if the app developer themselves add support, you’ll get even deeper integration. Before, you usually could do custom actions for apps that run within the Assistant. Now it’s Assistant that will be able to work directly with the apps on your device,

To kick things off, Google is rolling out support for some of the most popular Android apps like Facebook, Instagram, Amazon, TikTok, Spotify, Postmates, Discord, Walmar, Etsy Snapchat, Twitter, Uber, and a lot more highly-used apps. Of course, Google’s own apps like YouTube, Gmail, and Maps are joining the party. You can ask Google Assistant to do things as simple as posting on the social media app or something more complicated like getting Nike’s Adapt sneakers to lace up.

Developers will also be able to add their own built-in integrations and users will be able to edit it with custom phrases. Instead of just saying, “Hey Google, tighten my shoes with Nike Adapt”, you can say something like “Hey Google, lace it.” To see all the suggested shortcuts or to create your own preferred shortcuts, you can say “Hey Google, show my shortcuts” so you can get to the settings page.

So with just your voice command, you can do things like get Spotify to find a playlist, get Twitter to check the news for you, start your run with Nike Run Club, log a berry smoothie that you drank with MyFitness Pal, etc. It’s about time that we get a more robust Google Assistant to make our lives a bit easier, at least digitally.