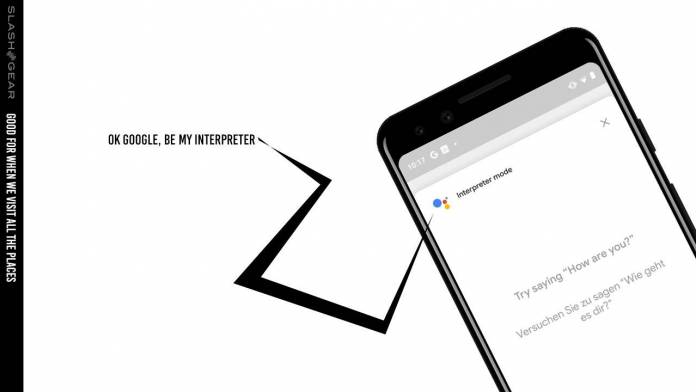 If you’re traveling somewhere this holiday season where you don’t speak the language well, you don’t have to bring an interpreter or a language book with you everywhere. Google Assistant now comes with an Interpreter Mode on Android (and iOs) devices so it should be easier to converse with the locals who may not speak your language as well. While this may not really be a new feature since Pixel devices have it, it’s good to know that the rest of the Android world is finally getting it.

This version of the real-time translation feature has been around since early this year but now it is rolling out to all Android users and is built-in within the Google Assistant system. This means you don’t even need to have the Google Translate app for this to work. With just your phone and your Google Assistant, you will be able to have a back and forth conversation with someone that doesn’t speak your language.

You can say commands like “Hey Google, be my German translator” or “Hey Google, help me speak Spanish” and it should be able to give you the translated conversation from your phone. You will also probably get Smart Replies which should give you suggestions on how to quickly respond even without actually speaking. You can communicate through typing on your keyboard or by manually selecting which language.

As to its translation accuracy, it has received pretty good reviews when it was available on the Pixel devices only. It translates across 44 languages already and Google is probably planning on adding even more later on. And the great thing is that it’s built-in within your Google Assistant so no need to install any other apps or updates to be able to use it.

If you initiate the translation feature and it tells you to download Google Translate, then this means the Interpreter Mode isn’t fully live for your account or device just yet. You probably have to wait a little while although Google did say they were rolling it out by December 12.