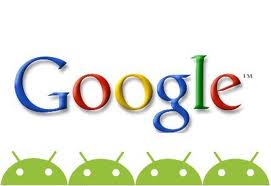 I know you guys don’t want to hear it or even see it, but I know some care to read about the outrageously huge amounts of money Google makes. They have just released the second quarter 2011 financial results and they are pretty impressive to say the least. Guess what — to no ones surprise they are up a whopping 32% from this time last year. I expected these sorts of numbers so I wont say this comes as a shocker, because it doesn’t.

Reports suggest revenues of $9.03 billion for the quarter ended June 30, 2011, an increase of 32% compared to the second quarter of 2010. I pretty large increase over the $6.82 billion earned for the second three months of 2010. GAAP net income was $2.51 billion, up from $1.84 billion in Q2 2010 and the numbers are increasing this way basically across the board. Things are good over at Googleville.

Showing that Google-owned sites accumulate around 70% of the total revenues, I guess this is why they want everyone clicking on ads, and hitting that +1 button for Google+ these days. I wont get down to all the details because you can check out the earning via the source link below if you want to be jealous. They do mention that their Cash and cash equivalents adds up to over $39 billion, yes I said billion. Google has also been pretty busy and hired a few more employees this last few months too, number of employees rose to 28,768 as of June 30, 2011, up from 26,316 as of March 31, 2011, More details below.